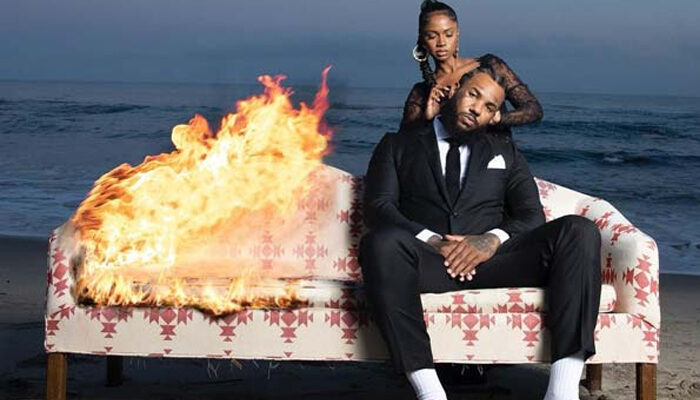 The Game builds a case for the best West Coast lyricist of his generation says Kevin Bourne in his Drillmatic album review.

Fresh off delivering one of the best freestyles of his career on L.A. Leakers, The Game is back with his latest project DRILLMATIC Heart vs. Mind. Executive produced by Hitboy, the ambitious 31-track album boasts an impressive list of features, including Lil Wayne, Big Sean, Fivio Foreign, NBA Youngboy, Pusha T, Chris Brown, and Kanye West and Jeremih (who both appear twice on the album) and even West Coast legend, Ice-T.

It’s a type of bridge building album, featuring artists from different coasts and gang affiliations, as well different sounds, tempos, and flows. The album even features rivals Pusha-T and Drake, who makes an appearance on a skit during the interlude, as well as his former opp Meek Mill.

On the album, The Game shows us his versatility as an artist and MC. He gives us Afro-Caribbean vibes on “Nikki Beach” alongside French Montana and Tory Lanez. He jumps on the Brooklyn Drill sound with “Burnin’ Checks” featuring Fivo Foreign and “K.I.L.L.A.S.” featuring Cam’ron. He pays homage to 90’s era New York on “Start From Scratch II” where he name drops Mobb Deep members Havoc and Prodigy and samples their hit “Get Away”. He then uses Prodigy’s intro from “Quiet Storm” on “What We Not Gon’ Do”.

On “Outside” and “La La Land”, he gives us a crash course in the different baseball caps that represent different sets in L.A. and wishes both him and Nipsey died. On the two songs, The Game brings us into his world and paints a clear picture about what life is like in his city. The West Coast vibes continue on “Change The Game”, one of the standout songs on Drillmatic.

He also gives us soulful vibes on “No Man Falls”, “Save The Best For Last”, “No Smoke At The Polo Lounge” and “A Father’s Prayer”, literally a musical prayer to his daughter that references famous fathers and daughters. The latter three of these tracks are easily among the standout songs on the project.

Rounding out the standout songs on the project are “How Far I Came”, “Stupid” featuring a ridiculous verse, flow and tone from Big Sean, “Money Cash Clothes” where The Game and A$AP Rocky take turns rapping over the legendary “Money, Cash, Hoes” beat, “Universal Love” which samples Janet Jackson’s “Got Til It’s Gone” and SWV’s “Right Here”, previous release “Eazy”, and “Home Invasions” where The Game reveals an up tempo flow and dope hook, confirming why he’s elite at his craft and a top five West Coast rapper all time. Simply put, the man is putting on a clinic.

Leading up to this album, The Game has been moving like someone with something to prove. Aside from his L.A. Leakers freestyle, he’s been taking jabs at Eminem (including on this album with the track “The Black Slim Shady” where he imitates his voice and flow), challenging him to a Verzuz battle. Perhaps the spark for this renewed hunger was being left out of the Superbowl half-time show, pushing him to further cement his legacy in hip-hop.

While many, including myself, thought The Game was venturing into Scottie Pippen levels of delusion and blasphemy, he definitely put his pen where his mouth is with Drillmatic. The Game doesn’t get the level of respect his pen deserves; perhaps because he demands it instead of allow us as fans give it to him.

The Game clearly believes he’s one of the best to ever pick up a mic and this album definitely bolsters his argument. Some may say he surpasses Kendrick Lamar as the top lyricist on the West Coast right after the release of their projects, as well as his L.A. Leakers appearance.

Either way, this album is a statement piece and a piece of art that should at least remind hip-hop who this man is and what he’s capable of. He’s been groomed by some of the best rappers and producers in the history of hip-hop and he wants his flowers.

DRILLMATIC Heart vs. Mind is available on all major streaming platforms. Tap the header above to check it out for yourself.