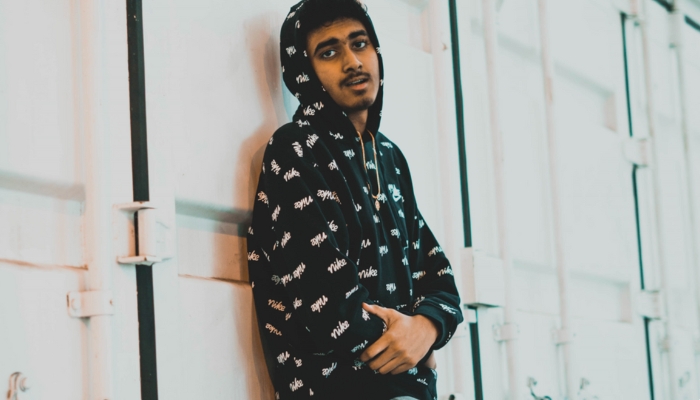 While the pandemic may have stunted the careers of many artists, one Scarborough musician found a beneficial opportunity through it. Vinnin had been spending time perfecting his craft and networking over COVID. As fate would have it, he discovered Yanchan. Yanchan is a singer and also experiments in producing. Through this connection, “See Me Now” blossomed. The collaboration between the two artists premiered on Vevo in early November.

The visuals for “See Me Now” show Vinnin going on runs and staying healthy. Vinnin and Yanchan are shown admiring the views of the Scarborough Bluffs, their hometown. Throughout the video we can see motivational, uplifting and heartwarming scenes. This aesthetic matches the light-hearted approach to the song. “See Me Now” captures the coming-of-age push to success and the beauty of evolving as an individual.

“This record truly means a lot to me. This record took two years to perfect. I wrote this song back when I was 16 (currently being 18) about friends, highschool and other experiences that I was currently going through. Collabing with one of the greatest artists from my race from Scarborough is an honor. I feel like I got a whole community behind me and I know this legacy for everyone.” stated Vinnin.

Vinnin’s first drop was back in December 2020, when he released “Top Of The Game.” This release was catapulted to being featured on the NBA2K21 Next-Gen Soundtrack and in-game on all consoles. “Top Of The Game ” also landed Vinnin his first feature on numerous entertainment platforms. Namely, The Toronto Star, The Scarborough Mirror and TamilCulture. “See Me Now” arrives with inspiring video support powered by Toronto-based videographer, JDFM. “See Me Now” is available now on all major streaming platforms.

Listen to “See Me Now” by Vinnin above.

JAIOFTHERISE WALKS US THROUGH THE “TOXIC” SIDE OF RELATIONSHIPS