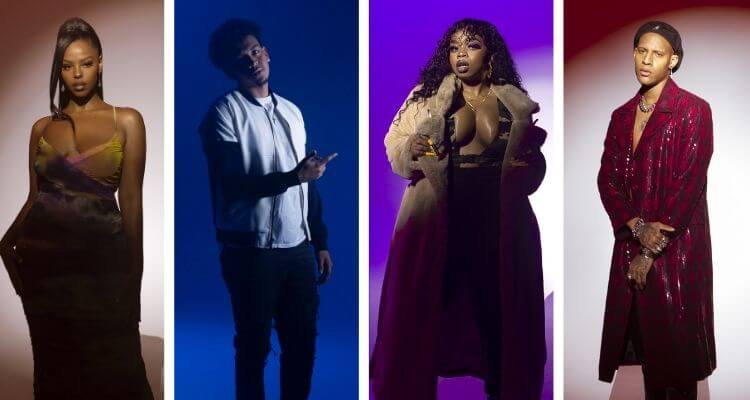 Since the murders of George Floyd and Breonna Taylor and the resulting conversations surrounding anti-Black racism, artists and fans alike have been calling for greater Black representation in the Canadian music industry.

In celebration of Black History Month, Warner Music Canada is presenting the first ever installment of Black Alliance Vol 1 featuring artists from the labels Black roster. The six song project features covers of legendary Black anthems with a bit of a modern twist, including Charmaine’s cover of “U.N.I.T.Y.” by Queen Latifah, Just John’s cover of Missy Elliott’s “My Struggles”, Amaal’s cover of “Brown Skin” by India.Arie, Myles Castello’s cover of the Sam Cooke classic “A Change Is Gonna Come”, and Andye’s cover of Michael Jackson’s “Man In The Mirror”.

“[‘Man in the Mirror’] sheds light on self-reflection and motivation during the times we are currently in, I felt this song was a perfect fit”, Andye explains.

The album also features Jacksoul’s cover of Bill Withers’ “Use Me”, originally recorded 15 years ago, prior to the passing of Jacksoul frontman Haydain Neale, and reimagined for this project.

“Haydain always wanted to do something new. He was passionate at re-working songs, never taking away its unique element. If there was a time to honour Haydain’s perseverance in the Canadian music industry, it’s now with this single. This timely cover also pays tribute to the recent passing of Bill Withers, a personal favourite of Haydain’s,” Ron Lopata, Vice President of Warner Music Canada A&R and former band member of Jacksoul says of this release.

Each single also comes with visualizers, created by photographer and director Spencer Edwards, that will be released throughout Black History Month. The visuals feature bright colours and spotlights representing the growth and cultivation Black artists strive for.