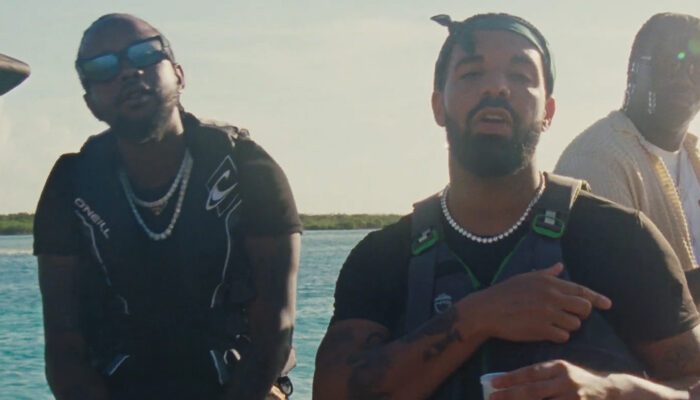 Popcaan and Drake have brought the mid-Winter Summer vibes on their surprise new single and music video. Here’s our We Caa Done single review.

Popcaan is ringing in the New Year with a brand new single “We Caa Done” featuring OVO cornerstone Drake. Although we’re in mid-Winter in Canada, Popcaan has us dreaming of island vibes and good weather. On the song, the pair celebrate success and good vibes that “caa don”.

Choppa loud up di place like one new stadium
Know say you love when mi come in a yuh belly, yea
Badman she like, champagne and candlelight
Money cyaa done, any weh wi pull up is a pandemonium
Millions ah discuss inna di forum
Diss di 6gad and haffi run up an down Trouble foot feet
…
Ah every weh di gyal dem love we,
Imma every state, every country
Cute pretty gyal wah make a movie
Tell me she bad and she unruly
Man just a start, get richer everyday and Just a laugh Legendary, full Burberry

The single comes with a Theo Skudra directed music video filmed in Jamaica. The star-studded visuals feature cameos from NBA sharpshooter Kevin Durant, Lil Yachty, and Toronto’s own TVGUCCI partying on a boat on the Caribbean island. While Popcaan is then seen vibing on land, Drake and company take it to the water again on jetskis. They reunite again at a bonfire as the good vibes continue into the night.

The single is off Popcaan’s upcoming project Great Is He. Popcaan recently revealed the artwork for the project where he channels Jamaican hero Marcus Garvey.

Check out the visuals for “We Caa Done”