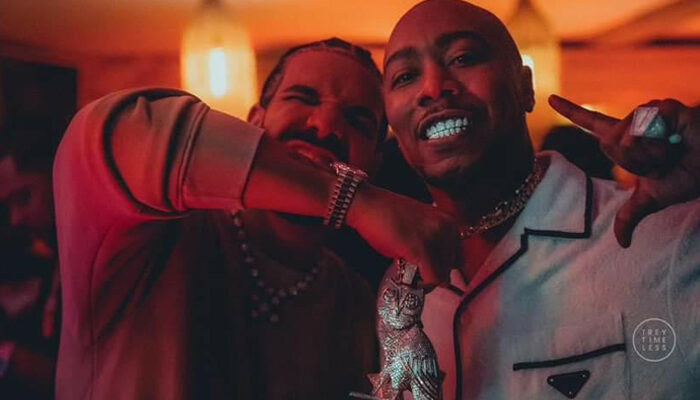 To start the New Year, TVGUCCI has dropped new visuals for “Bora, Bora” off his 2021 release Big Screen. He took to Instagram today to share his thoughts with fans.

“This being the 1 year anniversary of the ‘Big Screen’ album it was only right we start off the New Year with this.”

He went on to thank Drake, who not only appears in the video but also directed it, before thanking his team and supporters.

“Also want to shout out my amazing team and everyone that ever showed support and still does…2023 about to be a movie. Get ready…Big Screen.”

The cinematic video, shot and edited by Zac Facts, is “based on actual events” meaning it’s not just a movie, this is real life. TVGUCCI is seen having a good time with the fellas as they sing the hook while having a good time. He’s also joined by some beautiful women as you would expect from a song called “Bora, Bora”.

It’s been a big year for TVGUCCI who not only performed at Rolling Loud Toronto, but appeared on singles like “Stupid Cupid”, “Balotelli” and “Bands” and had a big track with “Gangsta Gentleman Remix” alongside OVO artist Smiley.

He rose to popularity in recent years with a combination of persistence, bars about the streets coupled great beat selection, and co-signs from the likes of Drake and Jake Paul. His feature on Paul’s 2020 track “DUMMY” is his most streamed song to date.

With a sound and look that is likely to resonate in the coveted American market, TVGUCCI may soon join the ranks of Toronto’s biggest hip-hop exports.