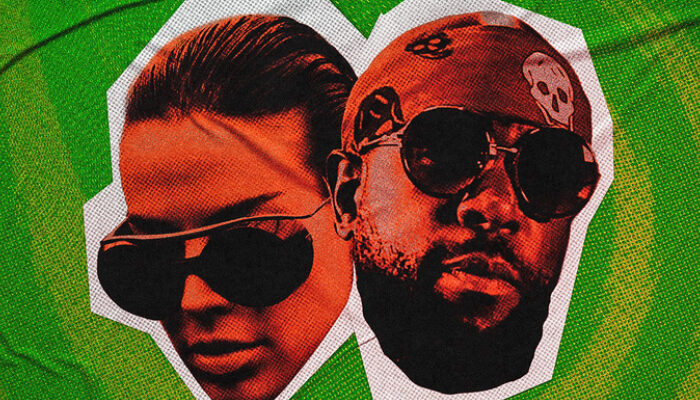 Bunji Garlin and Eva Shaw both had busy years releasing new singles and projects. The pair end 2022 with a new dance single “The Cure”.

A soca legend and international performer from Trinidad. A hip-hop and dance music DJ and producer from Canada. It may seem like an unlikely pair on the surface, but it all comes together nicely on the new Bunji Garlin and Eva Shaw track “The Cure”. Each known for big genre-bending tracks which fuse different styles and sounds, the two have more in common than you may think.

The song is exactly what you would expect―Garlin’s signature vocals over hard driving drum patterns and baselines that make you want to bob your head or get out your seat.

The single is a follow up to her 2022 album SOLO which saw her churn out anthems with Canadian acts like Pressa, Jazz Cartier, Kofi, City Fidelia, Lindasson, and DillanPonders. It’s also a lead up to Shaw’s return to the tour circuit and her upcoming EP Hype Hop 003 dropping in early 2023.

Although Shaw has been in her hip-hop bag as of late, she goes back to her dance music roots on the song after making a name for herself in the dance music scene with #1 Billboard Dance charting remixes for artists like Rihanna. Billboard also named her “an emerging act you should know”, while Lyrical Lemonade described her as “One of the best multi-genre hitmakers in the entire industry”.

Meanwhile, Garlin is coming off a very busy 2022 with the release of his EP 4 and a number of singles and features, including the recently released “Bounce” alongside fellow Trinidadian act XplicitMevon. Garlin rose to international fame with the release of his 2014 hit “Differentology” and collaborations with Diplo, Skrillex, and Machel Montano, on the way to becoming one of soca’s biggest international ambassadors.

Check out the song for yourself and let us know what you think. “The Cure” is available on all major streaming services.