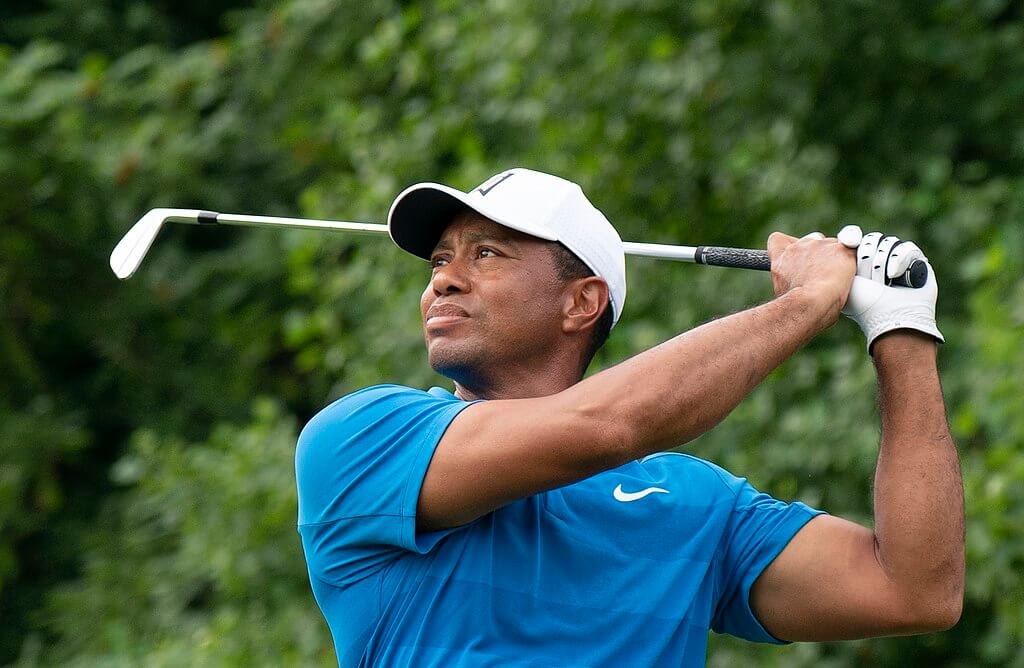 Earlier today, Tiger Woods was hospitalized in serious condition after being involved in a single car accident in California. According to a statement from the LA County Sheriff’s Department, his vehicle sustained “major damage” and emergency responders had to use the “jaws of life” to extract him from the wreckage.

This morning @LMTLASD responded to a roll-over collision in which @TigerWoods was injured. Please see our statement… pic.twitter.com/cSWOxKZC1w

The professional golfer was rushed to the Harbor-UCLA Medical Center, where he is undergoing surgery. His agent, Mark Steinberg, said he suffered “multiple leg injuries.”

Videos and photos from the scene of the crash showed his heavily damaged SUV overturned off the side of the road.

Woods, 45, was reportedly in town for a two-day shoot with Discovery channel’s GOLFTV after hosting last week’s Genesis Invitational at the Riviera Country Club.

The sheriff’s department said there were no other vehicles involved in the rollover collision.

Though the extent of Tiger’s injuries remains unclear, media reports state they are not considered life-threatening. An investigation is underway.

MOUSSEAU – THE NFL: HOW BLACK QUARTERBACKS ARE CHANGING THE GAME