UNDEFEATED TI-CATS ROLL OVER THE ALOUETTES

On the eve of the Canada Day long weekend, the Hamilton Ti-Cats continued opening the 2019 CFL season on a roll with a 41-10 win over the Montreal Alouettes.

On the other side of the ball, Hamilton’s Simoni Lawrence led the team with 9 tackles, and Ja’Gared Davis blew through Montreal’s Offensive Line with ease for 3 sacks and 7 tackles.

Montreal’s offence never clicked throughout the game. Starting QB Vernon Adam’s Jr. only threw for 173 yards, with 1 TD and 1 interception and a 58.3% completion rate. Backup Matt Shiltz had 64 yards on 6/8 passing. Montreal’s defence ‘held’ Hamilton to 41 points. Considering how good the Ti-Cats offence has played of late, that’s a small victory in itself. 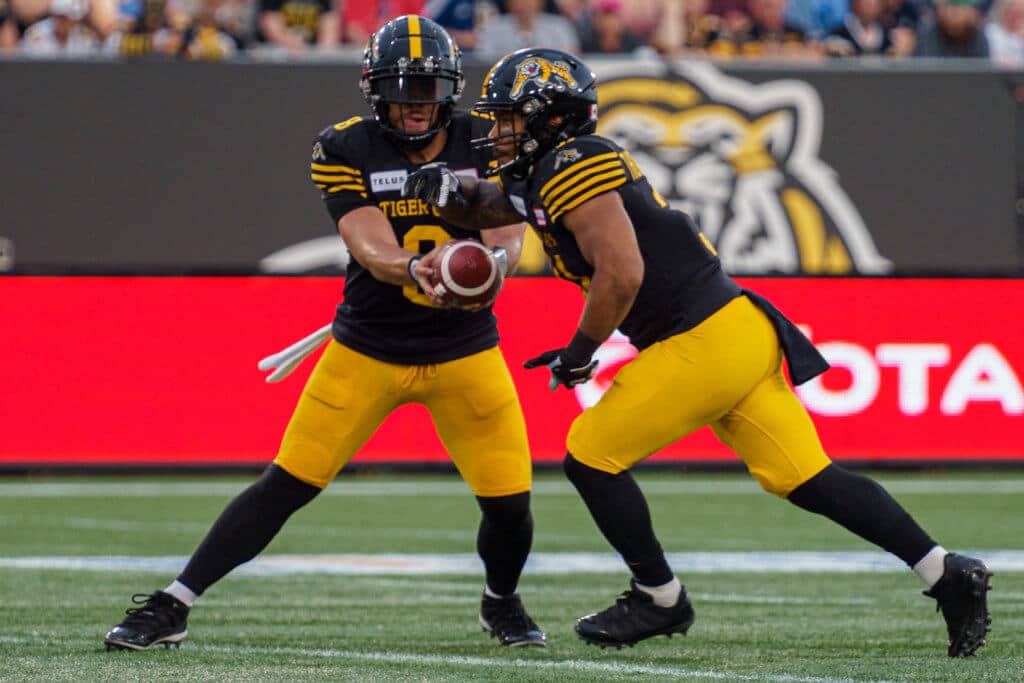 Despite Masoli’s big day for Hamilton, Montreal’s D had three interceptions, two by Greg
Reid and one by Tommie Campbell. Unfortunately for Montreal, their defensive line was no match
for Hamilton’s stacked offensive line and finished the game with no sacks.

Sitting at 0-2 for the season Montreal needs to pick up the pace soon if they want to compete for the Eastern crown this year. From my way-too-early predictions, I see the Ti-Cats as an unstoppable force, currently sitting atop the East standings. If Montreal wants to compete with Ottawa (and possibly Toronto) for the 2nd seed, they’ll have to iron out their issues on offence, a squad that currently looks better on paper than on the field.

Polansky is the Shifter Sports field photographer and specializes in covering the CFL. Check out more of his work on his Instagram page Instagram.com/polansky.photo