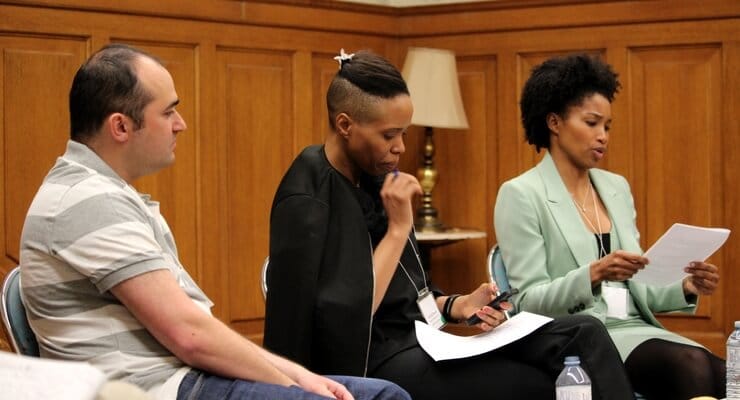 This weekend I attended the ALSO Arts Law Conference where artists learned about the legal side of their industries. They covered topics like Labour and Employment law, Succession Planning, and Tax Issues for artists and included panels made up of industry vets in music, film and the fine arts.

The conference was hosted by the Artists’ Legal Services Ottawa, also known as ALSO, a group of volunteer lawyers, artists and arts industry professionals dedicated to connecting Ottawa-area artists with legal information and resources.

Many creators, including me, underestimate the value of understanding the law, but it’s very important. As a creator you have certain rights and it’s important to know what those are so you don’t get taken advantage of. Also, it’s the business side of creating, including legal stuff, that separates the hobbyists from the professionals. If you’re looking to make the leap from being a band having fun in your mom or dad’s garage to being a successful full-time musician you’ll need to understand the business side of the industry.

So here are a few takeaways from the ALSO Arts Law Conference:

2. Are you an employee or contractor?

One surprising point came from a tax expert who mentioned that while in law you’re innocent until proven guilty, when it comes to taxes you are guilty until proven innocent. He referenced the case of a Halifax man who was demoted to a “hobby artist” by the Canada Revenue Agency and given a $14,000 tax bill. By far the scariest moment in the conference.

In the music industry panel, entertainment lawyer, Byron Pascoe, noted that only a very small percentage of bands have a band agreement, but they should, or at the very least they should discuss the rules governing their relationship. This is something I never thought of, but it makes sense; a band is basically a business partnership. You should establish whether one person has the right to make decisions on behalf of the other band members, including regarding decisions that are made by songwriters, both while the band is active, and if (or when) the band breaks up.

Also in the music industry panel, JUNO-winning jazz singer Kellylee Evans told the crowd about the recording deal that made her career. She was cautioned against signing the contract because the money being offered wasn’t good, but she went with her gut and signed anyway. The deal ended up giving her international exposure and ultimately helped make her career what it is today.

8. What happens to your art when you die?

This is an important question to answer. It made me understand why having a will is so important to a creator. As creators, we often own intellectual property, patents, copyrighted works (including scripts), and royalties on songs and television content. Who does this stuff go to when you die? Who gets paid when your show appears on television? This point really hit home.

To be honest, after attending the conference, I can see why so many creators stay away from learning about the law side of their craft. As I sat in the crowd I asked myself, “How could someone make arts law more sexy to the average creative person?” The answer is there is no way. Those who are serious about their career or business will take this stuff into consideration and those who aren’t won’t.

Arts law is like vegetables- boring and takes you away from the more interesting things on your plate, like creating, but it’s absolutely essential and without it your business or career isn’t healthy.

If you’re an artist looking for legal services contact ALSO or an entertainment lawyer in your city.