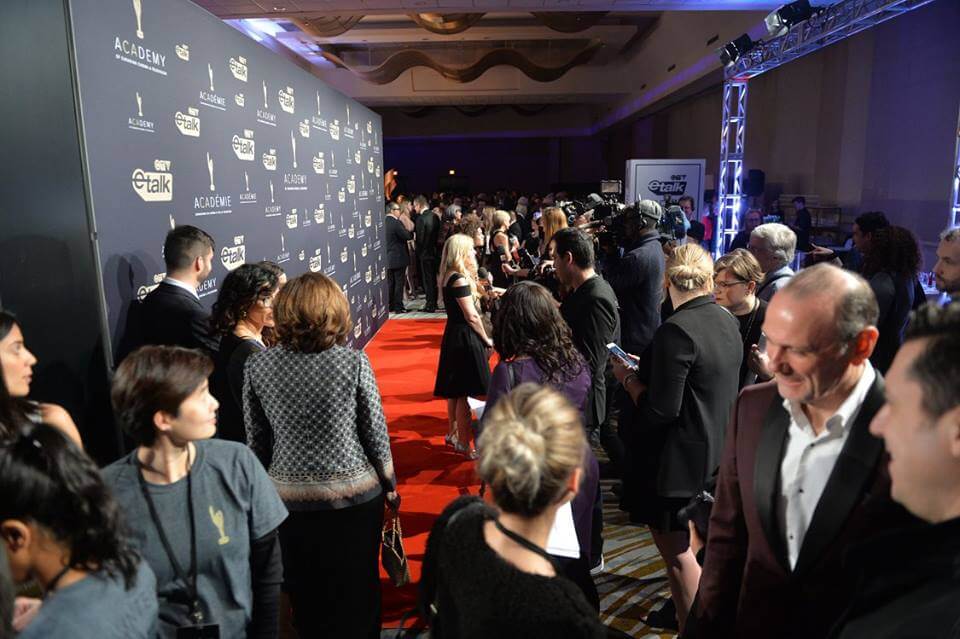 This past Sunday was the Canadian Screen Awards, the event where Hollywood North celebrates its on-screen talent. It was hosted by Howie Mandel who did a great job. He was funny and engaged the crowd delivering a smooth performance throughout the night.

It was a great night but to be honest, I was a bit disappointed. When I went on Facebook to see who was watching, only one person responded. There was no chatter about it on my timeline. Now, I don’t have a large amount of friends in the film and television industry, however when the Oscars were on everyone was talking about it.

This says to me that the Canadian Screen Awards isn’t as popular as it should be; that our shows, movies and actors/actresses are not as important unless they make it in Hollywood; and that our own talent isn’t worth celebrating. That’s upsetting. I thought that because Toronto has a big film and television industry, more people would be engaged, however they only seem engaged when it has to do with American stars and content.

I admit, my new found love for this industry is just that, new, and I realize that part of the problem is lack of knowledge. I didn’t know there was so much great Canadian content and I didn’t care because I wasn’t watching Canadian content and neither are the majority of my friends. We’re watching shows like Scandal, Grey’s Anatomy, NCIS, Nashville and movies like Moonlight and La La Land. We’re not watching shows like Orphan Black, 19-2, and Kim’s Convenience and movies like It’s Only the End of the World, Race and Werewolf.

There’s something about seeing stories set in the city you live in, starring people from your own country. It creates a sense of pride and identity. Around the world there’s a growing appetite for Canadian content, but that content doesn’t get a lot of love right here at home.

I would love to hear buzz about Canadian programming, Canadian celebrities and the Canadian Screen Awards among my friends and my cultural community like I do for their American counterparts, but it just doesn’t seem to be the case. Perhaps I just need some new friends.

Here’s what some of our readers and staff have to say about Canadian programming:

“We don’t have cable, but there are many Canadian shows I like. I find they have a different feel, many times than American shows.. and often handle Characters and plots in a way more similar to British shows (deeper and more nuanced).” Aysha Bisimwa

“I like to see shows set in Canadian cities or shows who’s contestants are Canadian. This is even why I prefer watching CFL football over NFL football. There’s something about seeing your city, cities you’ve been to or have friends in, or that you just know about, on the small screen. I admit, American programming is very entertaining, sometimes even more entertaining. For example, Shark Tank vs. Dragon’s Den. But there’s an emotional connection and sense of pride I feel watching Canadian TV that I don’t get watching American TV.” Kevin Bourne, Editor of SHIFTER Magazine

“I love watching Canadian shows! As an earlier commenter mentioned they have a different feel than American shows. I want to say more real and less glitz and glam. I find that Canadian shows can do small/everyday life well, similair to British shows. I also like that, especially of late more Canadian shows are sticking to a story that has an end.” -Andrea Blake

“For me I don’t even pay attention to that stuff. I basically just watch what I like. I usually have no idea if it’s Canadian or not. We don’t really watch cable either. Mostly shows and movies that come on the android box.” Melissa Alfred

Did you watch the Canadian Screen Awards? Are you watching Canadian content? Let me know below or on our social media channels.