In a world where there are so many different options for playing games (like your phone, PC, Xbox, PS4, and now Google is getting their own streaming service) there is certainly many (many) games that this article doesn’t touch upon. However, we’ve compiled a list of the most exciting games buzzing around.

This list is in order of release date, but many have yet to announce an “official” release date other than being released in 2019. Here are 15 video game releases coming in 2019.

This upcoming Yoshi’s Crafted World game intends to replicate many of the qualities that made Yoshi’s Woolly World as great as it was. This time around, however, the Woolly World formula is boosted by the introduction of a new mechanic that allows players to “flip” the stage and open up new paths. It sounds simple, but if the game’s first trailer is any indication, this mechanic will force players to completely reconsider the way they view the typical 2D platformer level.

It’s described as a four-player co-op action game (no word on whether four players will be required) that requires players to navigate a series of major locations across the globe and escape the zombie hordes. There’s a new game based on World War Z in the works. From what we can tell, this game seems to be based on the book or the general property rather than the World War Z film.

Days Gone is handling zombies in a much different way than almost every other game or movie on the market. Our real-world technology has improved to the point where the developers of the game can treat zombie hordes like flowing water. Most of the time you’re being chased, all you can really do to save yourself is drop obstacles to stop the monsters or kill the first few dozen at the head of the pack to try and slow them down. That change in gameplay is the main thing that attracts us to the game.

What intrigues us most about Mortal Kombat is how little it appears to have changed over the years. This is still a hyper-violent, over-the-top, hard-hitting fighting game franchise featuring a roster full of familiar faces. There’s something comforting about what Mortal Kombat 11 looks to offer, and it might just live up to the standards of recent great fighting games.

Here’s what we know about Jedi: Fallen Order. It’s being developed by Respawn (the studio responsible for the Titanfall series), it will take place between Star Wars Episode III and IV, and it is currently set to be released fall 2019.

You might say that’s not enough information to form any kind of opinion, but in a world that is devoid of quality Star Wars games, Jedi: Fallen Order has enough going for it to give us hope that this game might actually deliver the kind of Star Wars experience so desperately craved.

Rage 2, though, is shaping up to be one of the most surprising sequels in recent memory. Granted, that’s because its mere existence is somewhat surprising, but everything we’ve seen of the game thus far suggests that Rage 2 will combine the best of several popular action games to produce something that’s ultimately kind of special.

Keeping with the traditional past of previous games, Pokémon Sword and Shield will play like the classic Gameboy editions, with battles, random encounters, and other classic elements. However, Nintendo and Game Freak did state that it’s interested in trying some new things with these new titles, as well as adhering to some franchise traditions.

The Last of Us Part II

The Last of Us Part II takes place five years after the original, about 25 years after the outbreak of the Cordyceps Brain Infection began and will feature the return of a 19-year-old Ellie, whom players will assume control of, as well as Joel in his mid-fifties. The game starts off in Jackson but involves a journey to Seattle, Washington. Ellie is fueled by hate, which will be a major theme within the story and sounds like an exciting story to come.

Not much is known about the upcoming Halo Infinate game beyond Master Chief’s presence in it, but we don’t need to know much more than that. E3’s beautiful announcement trailer showed us everything we needed. Love it or hate it, the Halo franchise has done excellent things for video games. It’s pushed technology forward, helped establish the widespread viability of online multiplayer, and showed the importance of having a memorable main character to rally around.

Cyberpunk 2077 is a neon cyberpunk game that has The Witcher 3 developer CD Projekt Red moving from a gritty, high fantasy world to an equally gritty, science fiction world metropolis.It’s a first-person RPG set in a gritty, vast future metropolis known as Night City, and it’s based off the Cyberpunk 2020 pen-and-paper game RPG of the same name — but looks like it plays a lot like The Matrix game fans always wanted.

In a world without Dark Souls and Bloodborne (unless in the foreseeable future), the time is now for an outsider to ascend the throne and take over. To that end, it’s entirely possible that Code Vein may just become the next big game to take the throne and rule the kingdom.

Code Vein is easily described as an “anime Dark Souls.” It’s an over-the-top action-RPG that emphasizes an intricate combat system, character builds, and a sometimes punishing level of difficulty. It also adds a sometimes over-the-top style that is a far cry from Dark Souls‘ muted tones and grim atmosphere but just might be enough to help put this game over-the-top.

Gears 5 looks to continue the advancements of the previous title by focusing on a much more intimate story about a band of soldiers trying to complete a mission of revenge and redemption. This game will likely be one of the Xbox One’s final major exclusives, and it could embody the same hope for the future that Microsoft and the Xbox brand have.

While Wolfenstein: Youngblood isn’t the direct sequel to Wolfenstein II that most were waiting for, it’s an interesting spin-off that adds co-op action to the incredible alternate history universe of the rebooted Wolfenstein series. We’ll gladly bring a friend along for another trip through developer MachineGames’ epic series.

While everyone loves new games, the thought of going back to those moments sitting on the couch gaming out with your friends or siblings brings a different kind of joy. With these remakes, you can be sure to take a train to nostalgia ville, with a stop at emotional town.

The Legend of Zelda: Link’s Awakening

While this game was certainly a surprise to see, for years, Link’s Awakening has been referred to as one of the greatest Zelda games ever made. The only problem is that the title was stuck on the Nintendo Game Boy and was therefore not easily accessible to a large number of modern gamers. Now we can finally enjoy the remake of this nostalgic game.

We weren’t kidding about the nostalgia. The classic Battletoads game that you probably couldn’t beat without cheat codes back in the day is indeed coming back. The details are sparse, but it promises beautiful 4K and a “3 player couch co-op.” There’s no way to pre-order yet, but as a certain corner of the internet knows, you can always call GameStop. 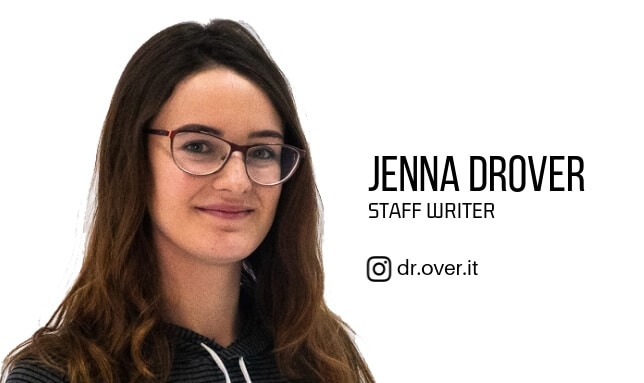