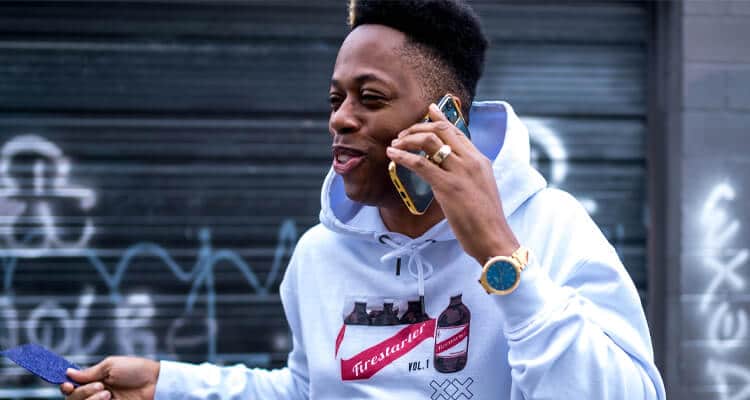 The album achieved a number of accolades including south of the border and was the soundtrack of a generation for young Black kids growing up in Toronto. The lead single and Toronto anthem “Bakardi Slang” became Kardi’s first single to appear on the Billboard charts, peaking at #57 among U.S. Billboard Top R&B/Hip-Hop Albums. Not only did the album secure him a 2002 Juno nomination for Best Rap Recording, but The Source, the quintessential authority on all things hip-hop at the time, gave the album 3 1/2 mics.

The ‘Firestarter’ collection features hoodies, t-shirts and lounge pants emblazoned with the titles of popular tracks like “Bakardi Slang” and “Husslin'” and draws inspiration from Caribbean staples like Ting and Red Stripe, as well as Bacardi.

Kardi recently teased the collection on a recent interview on CBC’s q and on his #TOOBADMAN Instagram show alongside Mark Strong prior to last weekend’s release. Well, hip-hop heads and fashion lovers won’t have to wait any longer. The Kardinal Offishall x urbancoolab’s “Firestarter” collection is available now at urbancoolx.com.