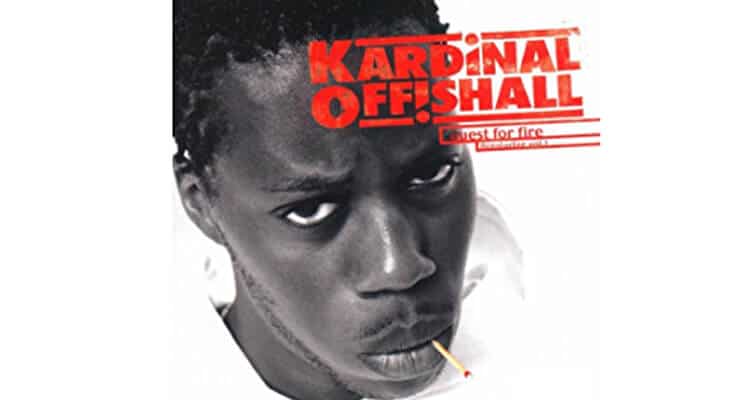 Days after being promoted to Senior Vice President, A&R at Universal Music Canada, Canadian hip-hop staple Kardinal Offishall is celebrating another milestone – the 20th anniversary of the release of his second studio album, Quest for Fire: Firestarter, Vol. 1. Kardi took to social media today in celebration of the achievement posting,

“Ol Time Killin, Bakardi Slang, Maxine and other chunes from this album changed my life FOREVER and also the lives of everyone from Toronto, and Canada who were part of hip-hop culture as a whole. Everything was a raw representation of who we were at that time. Our slang, our energy, our culture and our dreams.”

Along with Choclair’s Ice Cold released two years earlier, the album represented a changing tide in Canadian hip-hop. Together, they were some of the first Canadian hip-hop albums to be released through a major label. They represented our country’s growing ambitions for respect and commercial success, especially in Black music, bridging the gap between the grittier “DIY” days of Canadian hip-hop and today’s generation of hip-hop superstars like Drake, Tory Lanez and NAV.

The album achieved a number of accolades along the way, especially south of the border; a sign of things to come. The lead single and Toronto anthem “Bakardi Slang” became Kardi’s first single to appear on the Billboard charts, peaking at #57 among U.S. Billboard Top R&B/Hip-Hop Albums. Not only did the album secure him a 2002 Juno nomination for Best Rap Recording, but The Source, the quintessential authority on all things hip-hop at the time, gave the album 3 1/2 mics. Not bad for a kid from Flemingdon Park. Even in 2021, with all of Canada’s mainstream hip-hop success and global dominance, the album still holds up as arguably one of the top five Canadian hip-hop albums of all time. What makes these accolades even more impressive is that Kardi produced 80% of the album himself as he recently revealed on social media.

But the album’s greatest legacy isn’t its accolades but its cultural impact.

One of the consistent narratives in Canadian music today is “finally Toronto has a sound” pointing to the city’s mainstream success in recent years, but Toronto always had a sound, and there’s no greater evidence of that than Quest for Fire: Firestarter, Vol. 1.

There’s no artist and album that embodied this generation more than Kardinall Offishall and Quest for Fire: Firestarter, Vol. 1. It’s a type of time capsule or window into a time period in Toronto life and the bridge between Michie Mee and the Dream Warriors and newer artists like Drake and Partynextdoor in the chronology of Caribbean-infused “urban” music in Canada.

It’s only when you look across the Atlantic at what’s happening with drill music in the UK that you realize that Kardi’s unorthodox, Caribbean infused brand of hip-hop was truly ahead of its time.

So as we celebrate Canada’s place as a blazing hot, global hip-hop powerhouse with the commercial success to prove it, remember that every fire needs a firestarter, and from the booth to the boardroom, his name is Kardinal Offishall, and from the looks it, there are still more volumes to come.