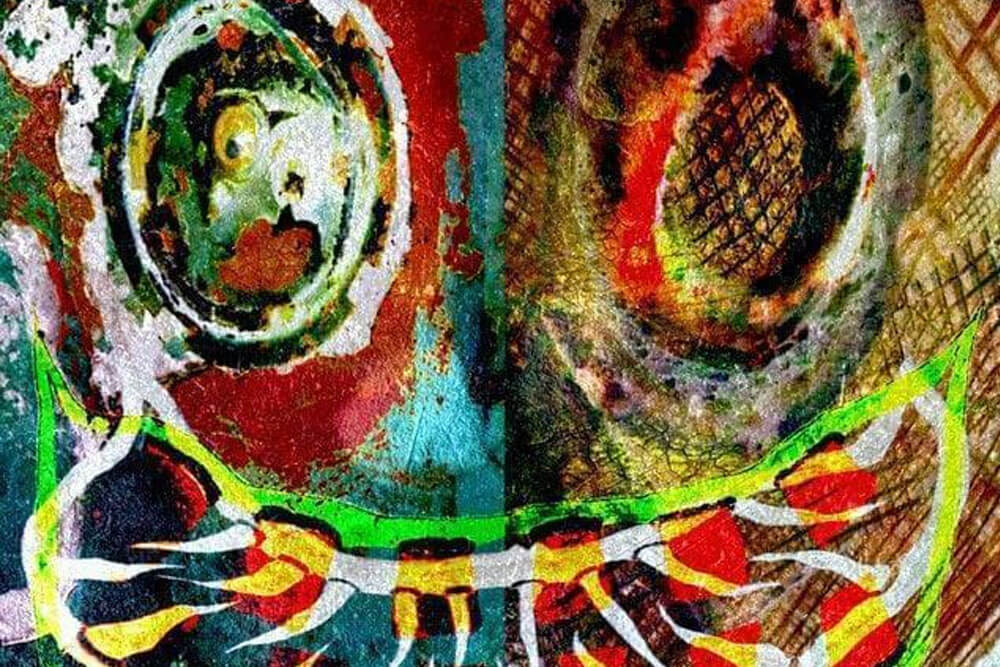 After going into the shadows on and off in recent years, Ottawa rapper, Night Lovell, has been keeping fans satisfied with a steady supply of new music as of late. Last October, he reemerged with his video and single “Alone” which has garnered almost 10 million views on YouTube to date. Then he treated fans to a rare feature, collaborating with fellow Ottawa rappers Lindasson and FTG Reggie on the upbeat CR produced track “A Lot”. Then the enigmatic rapper came back in February with his signature dark and menacing sound on “Counting Down The List”.

Today, he surprised fans with a three-song project titled Bottom Top, including a song of the same name and the two previously mentioned solo tracks.

The cover art features a painted ghoulish character with large eyes and jagged teeth matching the tone of the title track. The contradictory sounding title “Bottom Top” is quickly explained as Lovell raps,

The song centres around Lovell taking a girl from her man. When her man starts acting up, Lovell takes matters into his own hands.

“Bottle to the face, now that bitch is wildin’
Took that nigga chain, now that pussy hidin'”