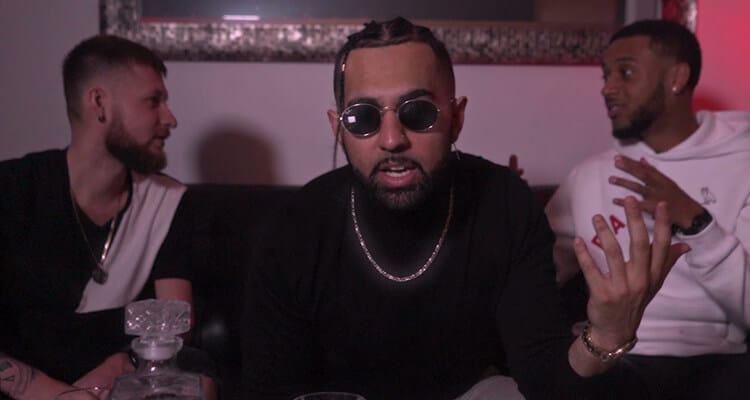 Ottawa-based R&B singer-songwriter, Omari Mydz, is back with his new single “Tonight”, the follow up to his 2020 release “Ease”. Produced by UK-based beatmaker, Certibeats, the song talks about the spark and feeling that comes with new love.

“I was driving home from Montreal and I was going through YouTube beats on the way back just freestyling and I came across that beat. I came up with the first half of the verse and I went straight to the studio when I got back to finish it. My boy Reid pulled up on me at the studio and together we finished writing it. It’s literally my favourite song I’ve ever wrote – the lyrics, melodies, the beat. I love everything about this song. It hits different.”

Mydz also dropped visuals for the single shot by Solaris Media. The video features occasional hazy effects as this love story plays out on screen.

“The video aims to display just that feeling! In the video I’m by myself, with my boys or driving and I’m still singing about that person. It shows me being in a bunch of different situations and even still, it’s all about her”, he said when asked about the vision for the video.

“In the scenes at the bar, it shows the different reactions or emotions you feel when you get texts and snaps from that person and overall just tries to capture that energy you feel when starting to talk to someone. The song came together super quick but the video didn’t happen for a few months after. One day I was having a photoshoot with OxxawaVisions and Evan from Solaris was there. We got to filming a trailer for another song I did and just kept in touch. One day I hit him, showed him the track and told him the vision and he was instantly ’bout it. We talked about it for like a week and then filmed it and it was seamless. We both knew how we wanted it to look and with the lil edits and effects he put it gets across the vibe exactly how I wanted.”

Mydz has recorded two more tracks with beats from Certibeats so fans of this new sound can’t rest assured there’s more music where this came from.

“Tonight” is available on all major streaming platforms. To check out the music video, click the image in the header.