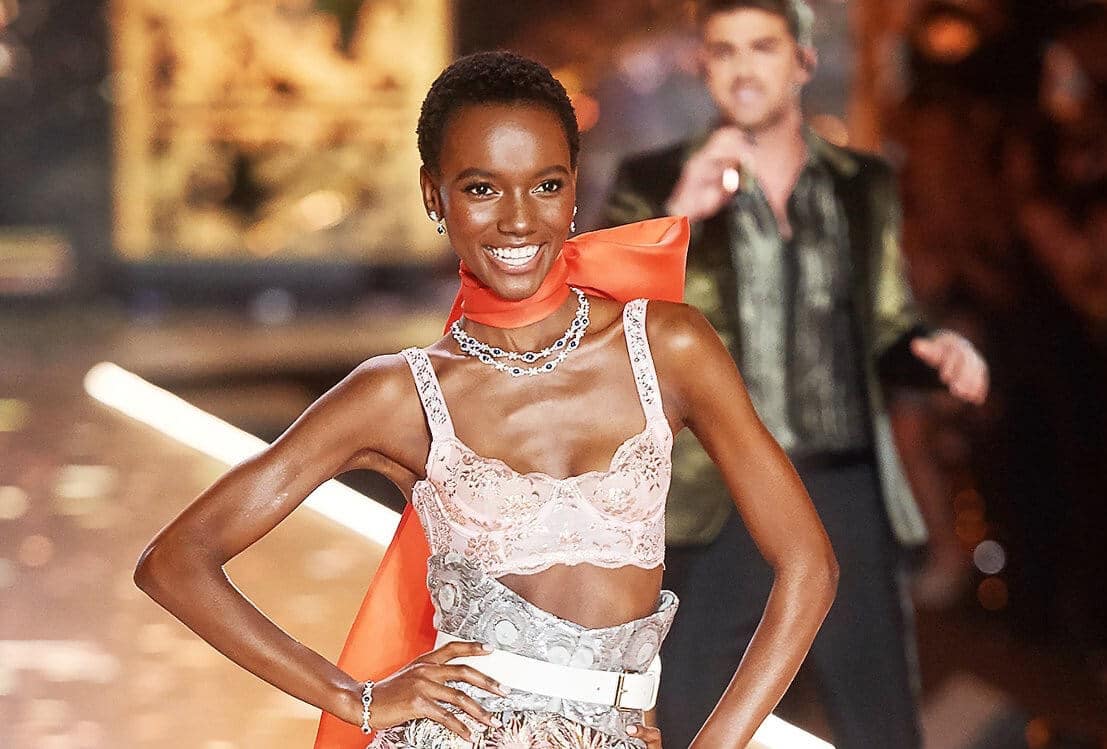 Last night, Victoria’s Secret’s Angels, including Kendall Jenner, the Hadid sisters, and Adriana Lima took to the runway for the 2018 Victoria’s Secret Holiday Special, featuring performances by the likes of The Chainsmokers, Rita Ora, and Halsey. Considered by many as “the world’s biggest fashion event”, the show returned to New York after recent productions in London, Paris and Shanghai. Although the big story was Adriana Lima’s final walk down the Victoria’s Secret runway, for Canadians the people to watch were Toronto’s Shawn Mendes and Winnie Harlow, and Ottawa’s Herieth Paul.

As Victoria’s Secret faces more and more controversy for its lack of inclusivity, the significance of Paul and Harlow’s involvement in the show is especially important. The significance of this moment wasn’t lost on Paul’s Ottawa-based agent, Angie Akla-Seymour.

“To say we’re excited to have one of our own walking in the biggest fashion show in the world again this year would be a tremendous understatement,” said the AMTI founder.

Although Toronto and Montreal have had their fair share of fashion success stories over the past three decades, Paul’s emergence as a legitimate supermodel in recent years set off a string of important Ottawa fashion wins including Stacey Bafi-Yeboa’s appearance at New York Fashion Week, Marshall Celestin’s appearance at Street Fashion Week, also in New York, and Amir Zargara’s pop-up showroom during Paris Fashion Week. With last night’s appearance at the Victoria’s Secret Holiday Special, Paul continues to be the face of Ottawa’s fashion aspirations.