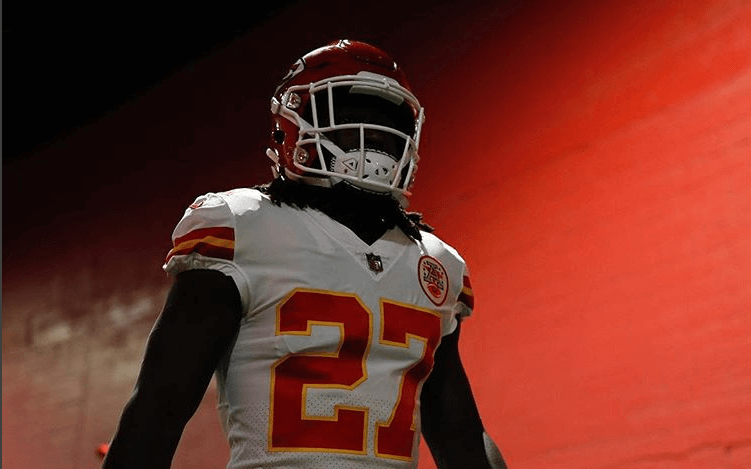 The NFL had a rough week last week. There were not one, but two stories involving NFL players and domestic violence. If you’ve been lulled to sleep by negative headlines about on the NFL lately, and these stories haven’t caught your attention, here’s the breakdown:

Kansas City Chiefs star running back and the 2017 rushing leader Kareem Hunt was released (essentially fired) by the team after a TMZ video surfaced showing him involved in a physical altercation with a woman in a hotel hallway. The video shows Hunt, with several others, being visibly upset with the woman, and being held back a another friend. He ultimately kicks her and bulrushes another individual into her, knocking her to the ground. The Chiefs were quick to let Hunt go after it was identified by the video that he had lied to the team when questioned on specific details of the incident which took place back in February this year.

The next story which happened earlier last week. The Washington Redskins initially claimed linebacker Reuben Foster off waivers from the San Francisco 49ers, two days after he was arrested on suspicion of domestic battery involving his girlfriend Elissa Ennis. Per USA TODAY Sports, Ennis alleged Foster “pushed her in the chest” and “slapped her with an open hand” at the hotel the 49ers were staying in before playing Tampa. This is the second time this year Foster is facing such allegations. Ennis accused Foster of battery back in February, but later dropped the allegations when Ennis said she made up the story in order to get money from Foster.

The Redskins were unsuccessful in activating Foster to their roster this season as the NFL placed him on the Commissioner Exempt List. As defined by the NFL’s personal conduct policy: A player who is placed on the Commissioner Exempt List may not practice or attend games, but with the club’s permission he may be present at the club’s facility on a reasonable basis for meetings, individual workouts, therapy and rehabilitation, and other permitted non-football activities. Foster has said he will not appeal the NFL’s decision.

With all of this bad press, for most of us, our first thought would be to go into NFL shaming mode. Let’s face it, the NFL has lost the popularity contest among young viewers and international fans to the NBA and possibly other leagues. The NFL has done nothing about the Colin Kaepernick ‘Take a Knee’ saga which saw him get blackballed by NFL owners when trying to re-enter the league. It created a level of animosity for a significant portion of their fan base, essentially alienating fans and the values they share with Kaep.

This is a different scenario all together. As much as we’d like to paint a broad brush and hold the NFL responsible for these unfortunate domestic violence events, the league can only do so much in controlling what their individual members do away from the field. There’s a personal conduct policy and the consequence of being added to the Commissioner Exempt List that all players should have in the back of their minds. As for creating a toxic culture of masculinity that some might suggest results in domestic violence cases? Well, from what we learned of the hazing incident within the Miami Dolphins locker room a few years ago, not all organizations are created equal.

The Kansas City Chiefs did not hesitate to remove Hunt from their team, even with major playoff and Super Bowl aspirations at stake. Kansas is very much a bible believing state and very conservative in their thinking. It should come as no surprise how quickly the Chiefs moved to respond. As an organization, their values mirror that of the Kansas community.

The NFL should not be on the other end of blanket statements when discussing who’s at fault for why their players are involved in domestic violence cases.

At the other end of the spectrum, the Washington Redskins created a public relations firestorm by trying to adding Foster to their team, even with his well publicly documented accusations. The franchise made things worse when Redskins VP Doug Williams stated: “We’ve got people who are in high, high, high, high places that have done far worse, and if you look at it realistically, they’re still up there.This is small potatoes [compared to] a lot of things out there.” Williams, however apologized for those comments the following day.

What I’m I trying to say through all of this? Players are responsible for their own actions and the consequences that come with it. Unfortunately, those consequences end up affecting their circle of friends, family and teammates. Teams are responsible to respond in a way that sends a strong message to individual player, their team, fan base and sports community that domestic violence on any level will not be tolerated. Regardless of the significance the player has to the team. Much like Hunt had with KC.

Though responsible for holding players and franchises alike accountable to the policies and rules in place to combat behavior detrimental to its community such as domestic violence, the NFL should not be on the other end of blanket statements when discussing who’s at fault for why their players are involved in domestic violence cases. For every Kareem Hunt and Reuben Foster, there’s a Larry Fitzgerald, J.J. Watt and Malcolm, all of whom hold longevity as strong moral leaders in the their respective locker rooms and communities.

Make no mistake, the NFL has not been perfect in their handling of domestic violence cases and should own up to their share of blame. But let’s not withhold responsibility on where it should truly be laid, and that’s on the players themselves.