Let me start off by saying this isn’t just another Colin Kaepernick article talking about why he hasn’t been signed by an NFL team yet.

With the NFL preseason about to begin, football fans are experiencing a déjà vu moment seeing Kaep dominate the headlines during the early part of the season for the second year in a row. Reports on Colin Kaepernick’s employment status began before the summer even started and at this point I’m suffering with Kaepernick fatigue. Story after story asking the same question, “Why hasn’t he been offered an NFL contract yet? Is he still good enough to start or even be a backup? Is he being blackballed by NFL owners?”

We’ve watched NFL coaches say he’s a capable starter and should get a chance to sign with a team, only to have their owners stay mum on the subject, or in the Ravens’ case, have their owner say a little too much.

We’ve seen current and former NFL players (mainly black ones of course) come out and voice support for Kaep. We’ve also seen the unexpected “Uncle Tom” type comments from Michael Vick and Ray Lewis suggesting that if he had just, and I paraphrase, “cut his hair” or “kept his social activism quiet” he wouldn’t be stuck in this current dichotomy (Vick has since offered an apology for his comments).

Let me be clear about what I mean by “Kaepernick Fatigue”. I believe every man has the right to provide for his family, so I’m all for him fighting to get a job or continue his career. In other words, I’m rooting for Colin Kaepernick to be signed. I don’t believe there are 100 other quarterbacks on current NFL rosters right now that are better than Kaep, never mind 32 starting quarterbacks that are better. He has above average talent and, lest we forget, led a team to the Super Bowl back in 2012 and an NFC title game the year later. And after beginning last season as a backup QB, he ended the season starting several games. 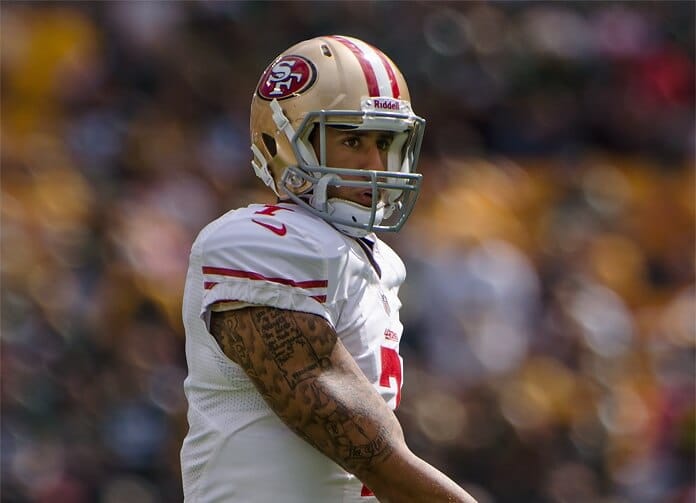 The truth is when players are getting signed from the Arena Football League at your position, you have a larger problem than just not being good enough.

Here’s the truth. I don’t believe he will be signed by an NFL team and, frankly as a black man, I’m tired of seeing this discussion play out over the media, whether it be cable or social. If I was an advisor in Kaepernick’s circle, my advice to him would be to move on from football. As shown by his stance and vocal opinions on social justice, there seems to be bigger fish to fry. Colin Kaepernick is a voice the black community hasn’t had in a long time.

After the Super Bowl wrapped up and the cameras were turned off, Kaep kept working on his charity. When other players knelt for the anthem as a possible trend, Colin Kaepernick got up and kept working in at-risk communities. When the San Francisco 49ers told him they no longer needed his services, he packed up his stuff and kept working on building partnerships to help him reach his goal of donating $1 million dollars to various charities. That barely scratches the surface of what Kaepernick has been up to over the past year.

He’s young and culturally relevant enough to engage at-risk youth, but also knowledgeable enough to show older cats that he’s aware of where history has taken the black community and the direction they need to go in.

Just this past spring Kaepernick donated boxes of custom made suits to individuals on parole. The organization he worked with, 100 Suits for 100 Men, stated that, “By being able to wear appropriate suits to their interviews, these men and women are better equipped to achieve gainful employment, which will ultimately help them transition into mainstream society and live more productive lives.”

Colin Kaepernick’s football career is over and his true calling is on the ground, using his high profile to elevate others and bring weight to conversations around improving quality of life for African Americans. There’s no argument here. It doesn’t take a genius to see that for most people the pressing issues of social activism outweigh concern for the NFL’s financial bottom line. The polarizing nature of Colin Kaepernick’s brand alone is able to shed light on the many pressing causes that the average American sports fan would have no knowledge of. 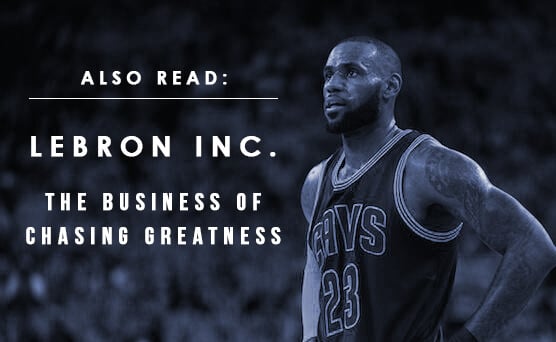 Through his efforts, Kaep is by far no pioneer in this area of black activism by a notable pro athlete. All-time greats like Bill Russell, Jim Brown, and of course the greatest of them all (by self-proclamation, no doubt) Cassius Clay a.k.a. Muhammad Ali, all shook the political landscape by taking unpopular stances in their time. In fact, Russell participated in the 1963 March on Washington and was on Muhammad Ali’s side when he refused to serve in the military. But as good as Russell was on the court, he was still black and for a time was unwelcome in the city he won 11 championships for.

He may not have founded the idea of being a cultural revolutionary as a pro athlete, but in the social media age of building a personal branding to maintain relevancy, Colin Kaepernick has established himself as an iconic figure who has redefined how athletes today can use their celebrity and influence for good.

Now, I’m not worried about him not throwing another pass in the NFL. You can be sure he’s made his money, and at the chance he’s broke (though highly unlikely), publishing a hardcover biography of himself would lift him to the top of the New York Times Bestseller’s list overnight. The point is, he’s not short on ways to support himself and his family.

The stage is set for Kaepernick to embrace his true calling as a social activist. This is now bigger than just a man who decided to take a knee during the beloved Star Spangled Banner before a football game. The NFL’s insistence on not giving Colin Kaepernick a job only perpetuates the inherent feeling that there’s a more important role for him to accept beyond the game. One that’s worth him standing up for.