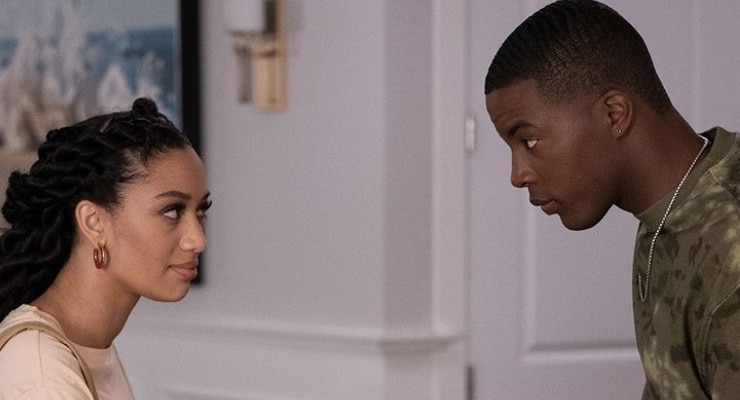 Spencer has a dilemma―Should he enroll in college early, and leave his family and Liv behind, or delay enrollment? Liv and Spencer decide to make the most of their time together before Spencer goes off to university. But there’s one problem―Liv is nervous about the idea of having sex with Spencer. At the same time he is dealing with his continued fall out with Coach Baker after training Jordan.

Grace then confronts Billy about his broken relationship with Spencer where the real reason for his anger and frustration is revealed.

Meanwhile, a number of characters are dealing with injuries that continue to threaten their dreams. Asher shows growth and maturity as his college offer weighs in the balance. Coop continues to deal with her injuries from being shot, affecting her recording contract and threatening her ability to finish her album. Jordan is forced to consider a different route to D1 football since previous concussions and questions surrounding his health are keeping NCAA recruiters at bay.

Preach re-emerges in this episode as he adjusts to life as a single father, all while his daughter begins to ask questions about her mother’s death.

One of the more shocking events is Layla slowly beginning to evolve into a cut throat music executive similar to her father. Hollywood writers are known to make you love a character only to have them turn, and vice versa, and this is what appears to be happening with Layla. After being screwed over or treated like a child, she is evolving into a boss who unapologetically goes after what she wants for better or worse. It’s only a matter of time before we see how her new outlook on life catches up to her.

All American airs Mondays at 8pm EST on Showcase in Canada and on The CW in the United States.