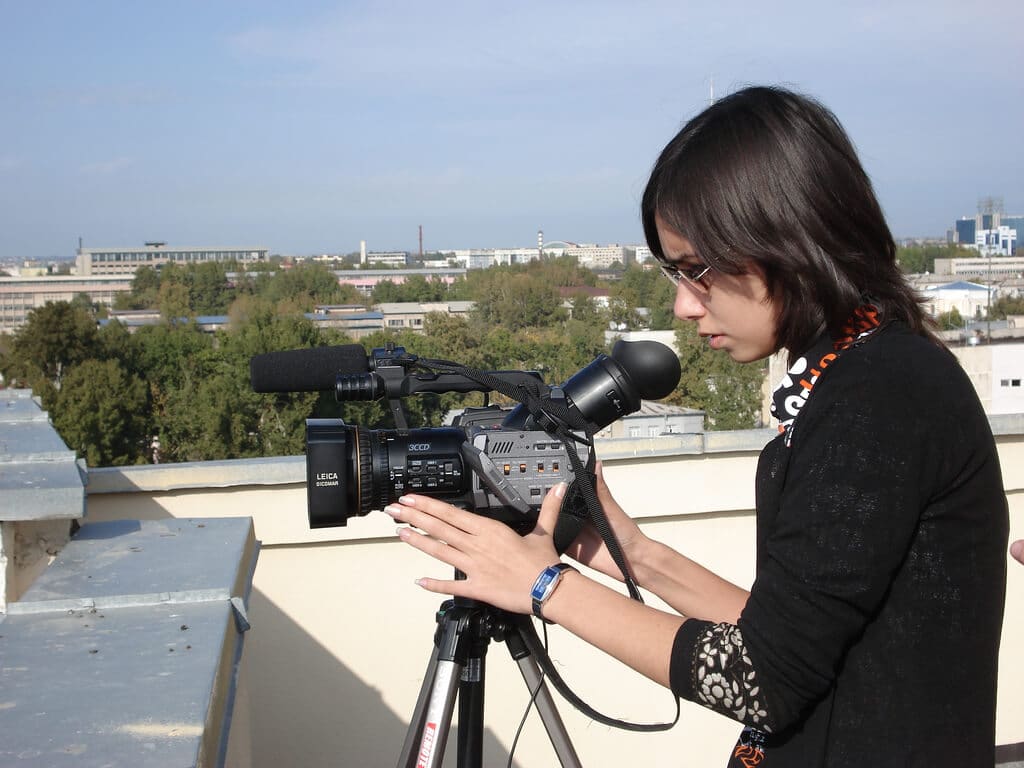 Koliah Bourne
Film/TelevisionKoliah Bourne
March 19, 2017
This past weekend I had the opportunity to take in a panel discussion on women in the industry at the Eve Film Festival held at the Arts Court in Ottawa. The panelists included Wiebke Von Carolsfeld (filmmaker), Lisa Meuser (talent agent), MJ Mulligan (screenwriter), Morgana McKenzie (filmmaker) and Christine Mao (actress). They were each sharing their experiences and observations in the industry as women and I have to say I left a bit disappointed. Not because of who these women were but because behind the glitz and glamour there’s some ugly truths. Just when you think women are on the rise (and they are) you soon realize that women are still not seen as equals, whether in Hollywood or independent film.
Related article: AVA DUVERNAY: HOLLYWOOD’S BARRIER BREAKING DIRECTOR
Here are some of the challenges facing women in the film industry today as noted by the panel.

1.Females are being hired and still not being used once hired

Filmmaker Morgana McKenzie talked about how women are being hired on sets, are willing to do work only to be told by a male director, “It’s okay, I’ll do it”. McKenzie believes a mindset change needs to take place.

Women may be making successful films but reviewers are not giving an equal perspective. Filmmaker Wiebke Von Carolsfeld talked about a male reviewer giving a negative review about a film that was spot on about women and the decisions surrounding childbirth.

3. Not enough lead roles for women

Talent Agent, Lisa Meuser, talked about only seeing two lead female roles cross her desk in a year. She mentioned we have to look at who is doing the writing in the industry. Writers should look at creating challenging roles for women that go beyond being eye candy on screen.

4. Women being manipulated for opportunity

Meuser also talked about there still being producers and directors out there trying to manipulate women by offering prestige and work for sexual favours. I couldn’t believe my ears…this stuff is still happening. She went on to say that  actresses and actors need protection by way of agents and managers, and praised unions for their work.

My takeaways for women from the panel on women in the industry are to keep fighting and pursuing greater equality in the industry. Continue meeting and networking with other women. Be confident as a pitcher and negotiator. It’s important to stand your ground and be a woman of great character. Don’t do anything, including compromising your integrity and dignity, for money, prestige and career advancement. Know your self-worth. Lastly, have a great team that will support you and protect your rights, including a talent agent and manager. You won’t regret it.

For the men, change your mindset about women. We are equal. Start utilizing the women in crew positions. Don’t worry, we won’t break if we pick up something heavy. Also, pay those crew workers the same as their male equals and treat women with the respect they deserve as human beings. Write quality parts for women; no more topless, nude scenes for no reason. Review fairly taking different perspectives into account. Lastly, and most importantly, stand up and say something when your female counterparts aren’t being treated fairly.

The Eve Film Festival wasn’t about male bashing. It was about equality. It was about sharing the female perspective on an industry that many of us love. It was about encouraging women to keep following their dreams and telling their stories. When we do the whole industry benefits.