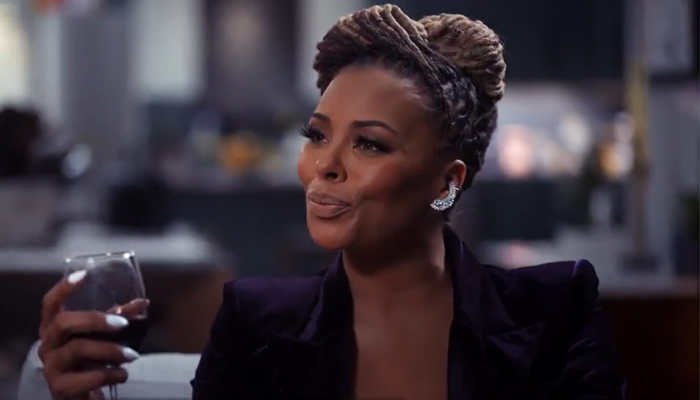 Karen faces Zac and Aaron, and the girls get some info about Sabrina. Here’s our Tyler Perry’s Sistas Season 5 Episode 6 recap.

The show opens with Andi meeting Fatima’s cousins Angela and Madam. Madam gets straight to the point in asking what Andi wants. She also hints about Fatima having an illegal past. Later Fatima encourages Andi to ask for what she needs. She starts explaining about Sabrina and Madam already knows. Madam gives her the info on where she is. She’s warming up to Andi but also wants to meet Zac. Fatima explains where he is and that she was to go too. Madam encourages her to handle her business and go to the meeting.

Meanwhile Deja is blasting music and Fatima and the family pay her a visit. Deja starts going off on Fatima when Madam interrupts her. She’s scared straight and apologizes to Fatima.

At Karen’s, Zac tries to back out of the talk. Momma Lisa is like “Sit!” She wants the boys to listen to what Karen has to say as she expresses her feelings. Karen shares her thoughts on Aaron first.  She admits to using him and not trusting him. She admires his consistency in caring for her unlike Zac. She wishes she could have met him before Zac. She admits her brokenness and doesn’t think she can be who he needs. She admits her love for him but she is not in love with him and doesn’t know if she ever will be. Aaron understands and admits Karen was that for him too. Zac struggles to hear her words. Tears are shed by everyone in the room. Despite Karen not being in love with him, Aaron’s willing to keep trying. By the end of the show Karen is very emotional but ready to address Zac when she’s stopped by a visitor.

Paris is back as the janitor for the law office. Boss man Robin questions him about Andi, asking very specifically if he’s taken her out, but he denies it. Robin later calls Andi to talk and he gets shot down. Paris contacts Andi to inform her of Robin’s questioning. She’s is curious as to what Robin is up to.

Danni is stressed about Sabrina and is drinking with Jonah?airport guy?…whoever he is and he’s shooting his shot. She’s like just because you buy drinks doesn’t mean you can have me, telling him “the drink to ass ratio is off” (lol). She eventually brings him back to her place, asserts what she will and won’t do, and proceeds to go for it anyway with Jonah having an unusual response. In the end Andi calls interrupting their time and tells her she will see Sabrina the next day. Danni insists on going.