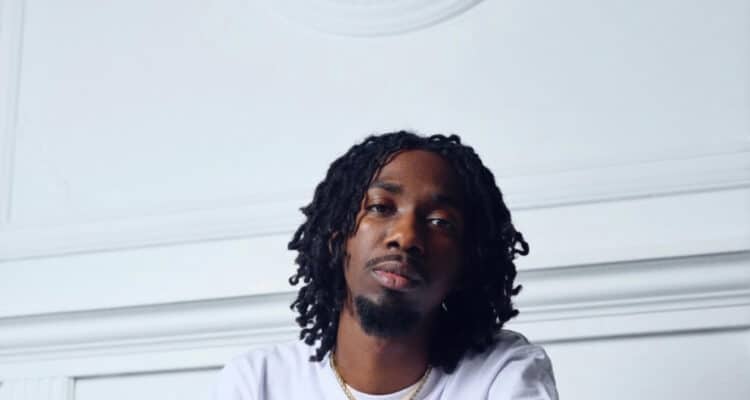 The release was paired with a visual, shot and directed by Ottawa based videographer, Ben Telford Visuals, available on YouTube. In the video, Dae Andre is clad in all white, surrounded by white walls in an all white room drawing on the Biblical symbolism of purity, innocence, honesty and cleanliness.

The single, Too Late is a representation of a light at the end of the tunnel, “and that light is Jesus”, explains Andre.

In our current climate the message of getting out of a bad place or a bad situation and stepping into the light is more poignant than ever. And that is what the single is all about, Too Late is asking God to come through during tough times while embracing the minor setbacks for major comebacks.

“I think we can all agree that life isn’t easy so sometimes we find ourselves in a dark place either it’s mentally, physically or even spiritually,” says Andre.

Since the release of his Hip Hop album ‘Mūtare’ in 2016, in addition to a four year hiatus, Andre has developed his sound and aims to spread gospel throughout his music. His charismatic personality combined with his message for Christ is what captivates his audience.

Alongside his passion for music, Dae Andre is a member of the Stephen Hyde Ministries, a ministry that preaches and teaches with power and the demonstration of the gospel. The ministry hosted a number of events in the city of Toronto and other regions in Ontario “for the purpose of rekindling the fire and building the kingdom through teachings and demonstrations” says Andre.

The single “Too Late” is now available on all streaming platforms such as Spotify, Tidal, Amazon Music, Apple Music and YouTube.