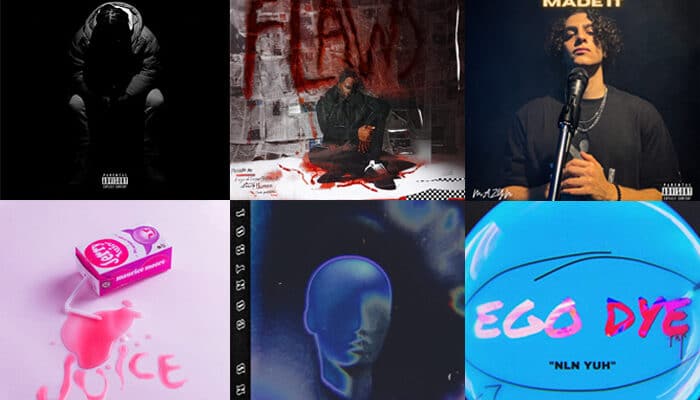 Over the past few years, Spotify’s Northern Bars playlist has emerged as one of the premiere platforms for Canadian hip-hop music. So much so that a coveted placement on the list can single handedly elevate your career and get your name whispered in the industry.

Although Northern Bars was once solely dominated by Toronto area artists, the curators have been careful to expand the list to include other major Canadian cities. One of the cities that has benefited the most from the expanded focus is Ottawa.

The highest Ottawa track on Northern Bars is “Hardaway” by TkMN. Released in 2021, the song has already racked up over 118K streams on Spotify alone. Immediately you can hear why. Both the vocals and production are solid and polished, and the beat has a nice bounce. The come up story he tells on the single is one we can all relate to. Overall, this is a flawless record.

If you like what you hear, he just dropped a new track “I Won’t Stop” featuring Me13 and UK artist DrBox so make sure to go check that out.

“Needed Time” is the latest track from the capital to hit Northern Bars. City Fidelia, who recently lost his older brother who helped raise him, is back in his singing bag. On the track he talks about his brother’s passing while going into some commentary on friends becoming jealous when you find success. He also talks about about his personal journey and needing to redefine himself.

This is true artistry and brings us back to what music is supposed to be about.

Out of all the songs on this list, this is the one we’ve been bumpin’ the most at SHIFTER. It’s on the workout playlist. The everyday, I just want to vibe playlist. Although this one slaps, there’s some deeper storytelling about life in “The Wells”, the Caldwell neighbourhood he grew up in.

He also gets into some spiritual talk with lines like, “Need spiritual wealth, you can keep all the stress” and “Only God bring me fear, all these cappers need hats huh”.

Again, it’s the kind of song that can get you hyped, but if you look deeper he has a lot to say.

When it comes to artists coming out of the capital, NLN is one of the artists to watch. He’s an artist who knows how to construct a record, from his rapping and vocals as a singer, to his hooks,. We heard his radio ready sound on his track “explain”.

Now he’s back with “Ego Dye”. This one has a nice bounce. It’s the kind of song you’ll want to play in the car or vibe to after a long day.

With his last few singles, we’re definitely looking forward to seeing what he drops next.

This song is absolute fire, but that’s what we expect from Maurice Moore any time he raps. Although we know him for his smooth vocals, apparently he actually started out as a rapper and we see that on “Juice”.

The production is crazy, but what makes the song even better is how he goes back and forth between rapping and R&B vocals, including a mean falsetto.

Although Maurice Moore has been in the game for a while, he’s still young and has so much more to accomplish.

Now we’re heading across the river to Gatineau, Quebec for the latest track from Mindflip. For his new single “Mind Control” he teamed up with Montreal-based and Gatineau raised multi-platinum producer Soké.

Known as a rapper with that old school west coast hip-hop sound, on this new radio ready record he blurs the lines between pop and hip-hop.

We got a chance to hear some of his upcoming music and all we have to say is keep an eye (and ear) on Mindflip in 2022. He has some heat on the way so stay tuned.

Although he’s been showing his versatility as a vocalist in recent years, on “Already Made It” he’s back in his rapping bag. On the track he puffs out his chest, asserts himself, and let’s everyone know he’s here to take his place in hip-hop.

You have to be proud of Mazyn. The Ottawa-based Egyptian artist has grown so much since he landed on our radar a few years ago. He experimented with different sounds, grew his Tik Tok following, and even explored rapping in other languages, including Arabic. He’s put in the work and stayed consistent, all while approaching the game with hunger and humility.

If there are any songs we missed let us know. For more Ottawa hip-hop tracks check out Capcityhiphop’s AMFPlaylist.