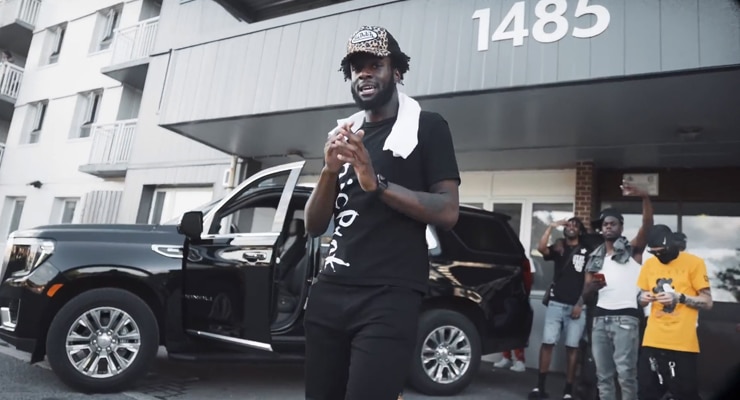 Lindasson released his debut single of the year “Accepting My Flaws” along with a music video released with Ben Telford Visuals.

His latest single, ‘Accepting My Flaws’ is without exception, a remarkable blend of reflective storytelling, wrapped up in a haunting and dusky hip-hop beat. Releasing on Le Lone Lotus, produced by Prod. CR, and mixed by LINDASSON himself, the single unveiled itself to the world on February 18th, 2022.

“I feel like the title speaks for itself as the song is all about me accepting my flaws. The song itself is a different kind of dark sound that I’ve been gravitating towards. It may not be accepted by the average listener, but it represents my true creative mindset.” says Lindasson.

‘Accepting My Flaws’, displays a darker sound that Lindasson has gravitated towards recently, allowing him to dive deep into his psyche and showcase his true self to the world.

With his intricate wordplay and a deeply captivating flow, Accepting My Flaws lyrically explores the process in which Lindasson began to accept himself due to his flaws and not reject himself for them. It’s clear as day to see why Lindasson’s cemented himself as the leading light of Ottawa’s burgeoning hip-hop scene.

Following this release, Lindasson has a single rollout strategy that’ll lead into his next project, “Flawless”.  He plans on releasing a song every 6 to 8 weeks before he reveals his next project in the 3rd quarter of 2022.

‘Accepting My Flaws’ is available on all current streaming platforms.

TRP.P IS BREAKING DOWN BARRIERS WITH THEIR NEW SINGLE “STRONG”