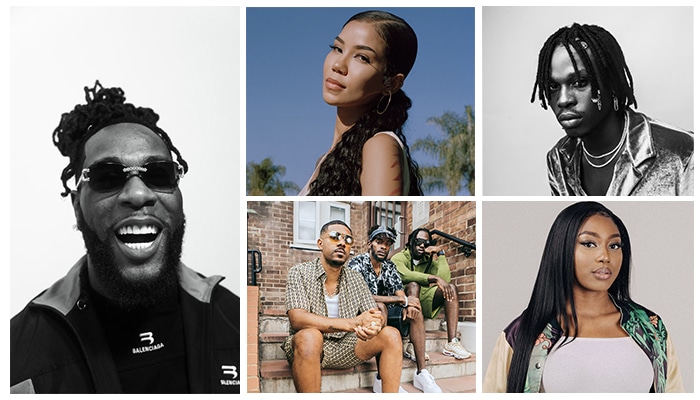 Kultureland Festival touches down in Toronto from August 6th to 7th featuring a diverse lineup of Afro-Caribbean talent. Check out this article for five artists you can’t miss!

Excitement has been looming all across Toronto in anticipation for what is the first, but certainly not the last, showcase produced by new Afro-Caribbean festival Kultureland. With a killer lineup that features the man of the hour, Burna Boy––who’s back for his first show since his 2019 debut, an incredible marketing rollout, and artistic curation that flawlessly reflects the city’s diversity, Kultureland is positioning itself to be the festival of the year.

The name Kultureland is very fitting, as the festival promises to metaphorically transport fans into a summer getaway featuring a sweet blend of the best urban music across Afrobeats, Dancehall, Latin and R&B. At the festival, you can find talent from all around the world all in one place, like the UK’s very own WSTRN, Ms. Banks, and B Young, Nigeria’s Fireboy DML, and West Coast sweetheart Jhené Aiko.

Kultureland will be taking place on Saturday, August 6th and Sunday, August 7th at Markham Fairgrounds Toronto, and will have everything from food, music, art exhibitions, and an arcade.

We’ve put together a highlight of five artists that you’ll definitely want to check out while at the festival.

The one and only Burna Boy needs no introduction. A international citizen, Burna Boy was raised in Nigeria and moved to London. One thing is for certain, music has always been something written in the books for Burna Boy. His unique style of mixing Yoruba slang with English in his music leads him to be one of the hottest Afro-fusion artists. With his new album Love, Damini out, featuring hits like “Last Last”, “Kilometre”, and “Vanilla”, Burna Boy’s performance is one you don’t want to miss.

He will be performing on Day 1 (Saturday, August 6th) of Kultureland.

Sightings of the ethereal Jhené Aiko are few and far between, especially after she announced her pregnancy. But when you are lucky enough to catch the LA-native in person, it’s a spiritually-enlightening experience. Her melodic, soothing voice brings a peaceful serenity to any hit that she makes. Her simple but emotive production, coupled with those signature heartfelt, relatable lyrics, can bring anyone into another dimension. Some of Jhené’s best known songs include “The Worst”, “Bed Peace”, and “Stay Ready”.

Be ready to be serenaded by Jhené Aiko at Kultureland on Day 2 (Sunday, August 7th).

Haile, Louis Rei, and Akelle are a dynamic trio from West London that make up the group WSTRN. When it comes to music, WSTRN needs (and deserves) their own category altogether. From tropical-tinged afro fusion hits to hip hop cuts, WSTRN can mix up a fusion of sonic styles like no other. With a catalogue of straight bangers, some of their most well-known hits include “Ben Ova”, “IN2”, and “TEXTN”. You can always find the crowd singing along to their songs word-for-word, relishing in the upbeat, positive energy that WSTRN always brings to the stage.

WSTRN will be performing on Day 2 (Sunday, August 7th) of Kultureland.

Fireboy DML is a rising talent from Nigeria who’s been running up numbers across streaming platforms like crazy. His 2019 hit single “Jealous” catapulted him into stardom and put his name on the charts, and he hasn’t slowed down since. And if you don’t recognize his name, you will certainly recognize his voice. He is known for hits like “Peru”, “Playboy”, and “Vibration” and has collaborated with other notable artists such as Olamide, Ed Sheeran, Wande Coal, and D Smoke. He brings the heat on stage, and is bound to make a one-of-a-kind statement at Kultureland.

If you want to check out Fireboy DML, he will be at Day 2 (Sunday, August 7th) of Kultureland.

Ms Banks is a British songwriter, rapper, and singer of Nigerian and Ugandan heritage. Ms Banks has been spitting bars since the tender age of 11, and became known to the masses while on tour with Nicki Minaj. Some of her most popular songs include “Snack”, “Back Up”, and “Go Low”. In the past, she has collaborated with high profile names such as Stefflon Don and Tinashe. Her electrifying energy and hard-hitting bars makes her an act that you will definitely want to catch.

Ms Banks will be performing on Day 2 (Sunday, August 7th) of Kultureland.

Leading up to the festival, Kultureland has been hosting a variety of contests and scavenger hunts to build up the anticipation. If you weren’t lucky enough to snab a free ticket at AfroFest or on Kultureland’s Instagram, you can purchase GA or VIP tickets for either day or the entire festival on Kultureland’s official website.

ALBUM REVIEW – BURNA BOY’S LOVE, DAMINI IS A BIRTHDAY GIFT TO HIMSELF