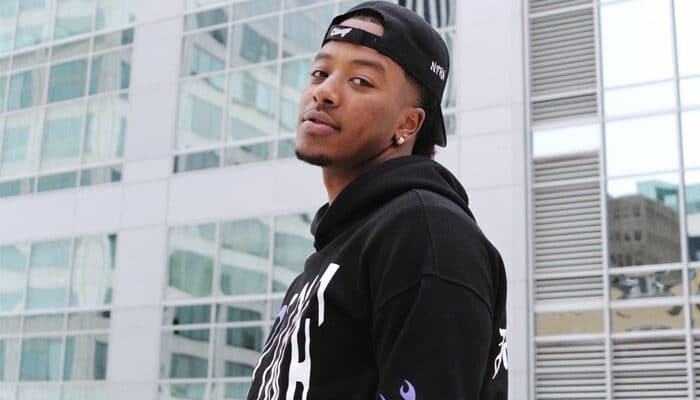 Ottawa’s very own NTHN puts in a self-nomination for contender of the year on his new EP, “ARTIST OF THE YEAR PACK”. Read the EP review by SHIFTER’s Rose Basu.

Ottawa artist NTHN is fresh off of the success of being awarded 2022’s Ottawa’s “Artist of the Year” by Faces Magazine. Through this triumph came great pressure to live up to the Award’s standarInsert popupds. NTHN turned this pressure into a diamond with the release of Artist of the Year Pack. This three-song collection was released on July 15th to reward his listeners for their support.

The first song of the collection, “Ain’t Shit Sweet”, is a victorious-sounding track which encapsulated NTHN’s feeling of winning his most recent award. It has a boasty energy which was deserved by the artist. It’s followed swiftly by “Flexin’”, a lighter, more casual listening song. The last tune of the collection is “Just Wanna Know.” The song is more melodious and shows off NTHN’s singing skills. It is also more personal, revealing more of his personal thoughts.

In a discussion with Unilearnal, he provided more insight and introspection. During the interview, he was asked what his proudest accomplishment was.

“I was honoured and I was the most excited when I got nominated. When I saw the email I was like ‘spam’”, he shared. This was a truly humble response from him. NTHN’s personality is one that has been gaining him the recognition he deserves. In multiple interviews, he remains authentic and never shies away from speaking facts.

The next thing to look forward to from NTHN is a new single titled “Say No More”. On an Instagram post he hinted, “We stay consistent”.

We hope to see just that as he advances from this major career milestone.

NTHN’s Artist of the Year Pack is available on all major streaming platforms.