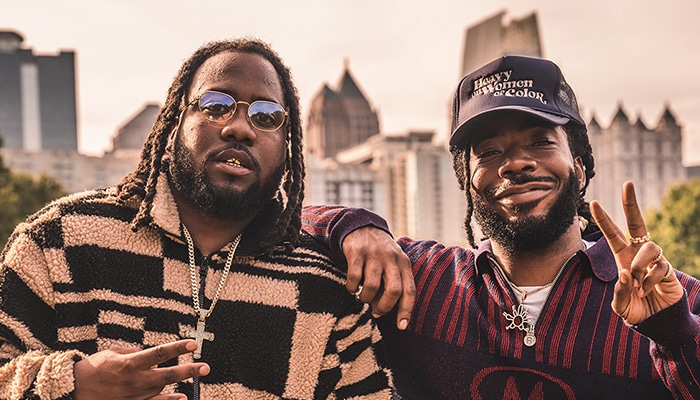 Nostalgia is something we all crave, and so is intimacy. City Fidelia’s new video for his track “Soulmate”, featuring Atlanta rapper Shelley FKA DRAM, captures that craving perfectly. The video, shot in Atlanta, has a raw, organic energy to it, possibly because it features real couples. These couples are of all ages and walks of life. The palette of the video is muted which gives a dreamy-feel. This makes the audience remember their first love and have that bittersweet nostalgia creep back up.

Before “Soulmate” was dropped, there was a string of intricate cinematic trailers released to give the audience a taste of what was to be experienced. These trailers built anticipation by their simplicity, yet mystery. This was done for one specific trailer by contrasting the warm video clips with a dramatic violin instrumental. In addition to that, City recruited poet and radio host, Erah, to recite a stanza to highlight the meaning of “Soulmate”. This combination of many art forms resulted in an authentic and artistic rollout for the single.

“Soulmate” marks the third single from City Fidelia’s upcoming debut album “Painkiller”. This track had many coming together to work on the song plus the video. The producers were a talented group including Adrian Bellaire, Thabo Publicover, Aaron Paris and Alex Ernewein (Kanye West, Big Sean, Daniel Caesar). This meant that a video matching this level of production would have to be made. The results were beautiful thanks to the cinematography of Evan Hartling, Jabriel McIntosh, and Filet Mignon. City Fidelia himself also played a large role in many aspects such as editing and directing.

City Fidelia has become a pillar for the Ottawa hip-hop scene. His most recent achievement is a notable one, with him attaining a billboard for this single on the Toronto Eaton Center. This milestone was noted by Ottawa-raised rapper Belly. City Fidelia stated he considers Belly to be Ottawa’s Drake. Therefore, Belly’s recognition of City’s success meant tons to Ottawa and the artist himself.

We can’t wait to see what’s next in this beautiful series of art that City Fidelia has been rolling out.