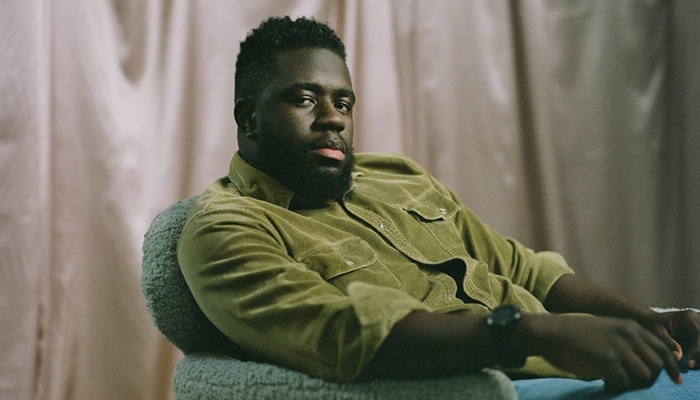 Photographer and filmmaker Fitch Jean is breaking barriers through his unique approach to storytelling. Check out Ashley Ighorewo’s interview with the multifaceted artist and entrepreneur.

Fitch Jean’s storytelling journey simply began out of curiosity and the willingness to “try”. Born of Haitian descent, the 24-year-old filmmaker and business owner’s story kicks off in grade 10, when he had gotten accepted into his first ever media class. This was jean’s first official encounter with visual arts. “We learned about photography, we learned a little bit about video and photo editing, and some animation. Just different forms of media disciplines. That’s when I got the first taste of what visual arts could be for me.”

Believe it or not, photographer and filmmaker Fitch Jean did not believe that he would be able to have a successful career as a visual artist, although he knows that storytelling has always been a part of him. “I’ve been a storyteller basically all my life, I used to write when I was younger. I kept that with me for a long time, but none of that stuff was ever anything I believed I could do as a career. Like, after that class in grade 10, I didn’t really touch a camera again until university”.

Fitch had gotten accepted into the University of Ottawa for Business and Law, before switching over to media and communications. “The summer before starting university, I started taking photos of my friends as a hobby and I loved it so much that I bought a camera by the end of the summer. That’s when I officially started taking pictures. I fell in love with photography because of its storytelling aspect and being able to capture moments”. Fitch explained to SHIFTER how his photography hobby quickly began to overshadow his studies; “I started doing that a lot more, and attending class a lot less… I eventually changed to media and communications because I told myself I might as well do something that aligns”.

Just taking pictures was obviously not enough, as the artist quickly began feeling like he needed more. This shift caused him to begin gravitating towards videography, which Jean states is the “ultimate form of storytelling”.

Fitch has directed 3 short films so far, which he states is an amazing learning experience. His passion alone has already gotten him so far, with his first short film “Forgive Me Father”, already receiving global accolades and awards. The film was directed by Fitch, along with a team of prominent visual artists who were also first-timers on a large set. “Not only had I never directed a short film on a set of that magnitude [for us at the time], the majority of the crew were also first timers! So, we were all in this together for real. We all had to learn and go through the fire”.

Although the pandemic affected most of the world in a negative light, it gave Fitch and his team an advantage, because all of the film festivals they submitted “Forgive Me Father” to were happening online, which still gave them a chance to showcase their hard work. The only aspect Fitch missed the most, was the human aspect, “It felt bittersweet for me only because we didn’t have the actual experience of going to these film festivals, because that’s what they’re about! To network, expand and meet people”. “Forgive Me Father” has won awards at the Vesuvius International film festival, the Pinnacle Film awards, Flicks Film Festival and the Eurasia International film festival.

During his last few moments with SHIFTER, he was asked “Why video production?” to which he responded “I think that making film, any kind of film, is story telling. And for me, I think that story telling is one of the most powerful tools known to mankind. It’s a way for us to connect as a people, to teach, to communicate, and pass tales to the next generations. I love seeing people experience film and watch the impact it has on them and their lives… so yeah, that’s why.”

Fitch aspires to inspire through his work, and aims to make his audience feel something. And apart from being an avid filmmaker, Fitch is also an entrepreneur who is creating accessibility for other young artists like himself; the representation is real! He is currently the co-owner of Lenz Studio, Lenz Rental and Lenz Creatives, which all offer different forms of media services from studio and equipment rental, to production services. “I want to create content that makes people try; to either try what I’m doing or do what they want to do. I want to use my voice to show other people that yeah… you can get to this point. Especially black youth, because I feel that we’re underrepresented in the media and are also not given access to certain spheres, so being able to be in a position where I can be a leader in my field just shows that there’s ways to get here. I want to reach a global audience, and I’m going to get there”.

Fitch Jean’s passion is undeniable, and it is very clear that he does this for others just as much as he does for himself. All it took was a spark of curiosity for him to “try”, because what’s the worst that can happened? Go ahead… Try. Regardless of all the ups and downs that come with the job, Fitch has made it very clear that he wouldn’t trade his career for the world and aims to do nothing but grow within his community. Be sure to follow him on all social media platforms to keep up with him and his upcoming projects!