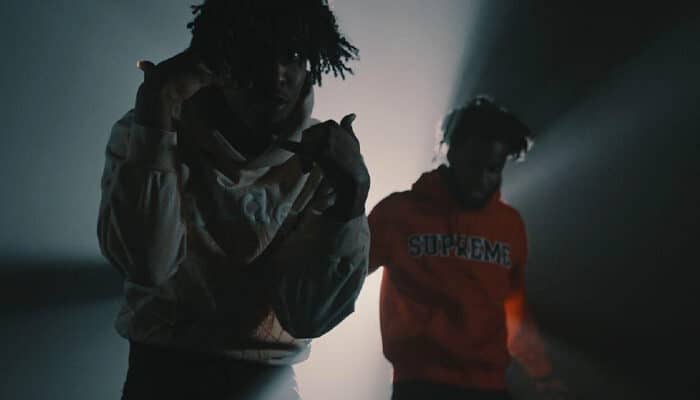 LINDASSON TEAMS UP WITH TWOTIIME FOR NEW SINGLE “EIGHTIES (REMIX)”

The importance of local collaborations and features, which have led to Atlanta’s ascension to the new mecca of hip-hop, is something that hasn’t been lost on Ottawa hip-hop artist Lindasson. Just over a year after giving us one of Ottawa’s biggest collabs in “A Lot” alongside Night Lovell and FTG Reggie, he has teamed up with fellow Ottawa artist TwoTiime on “Eighties (Remix)”. We had heard rumours of a Lindasson and TwoTiime track over the past and we’re happy to say it’s finally here.

Originally released in 2020 as a solo record, the track, which has already been placed on Spotify’s Northern Bars playlist, talks about friendship and growing up in their respective neighbourhoods. The pair both grew up in social housing in west end neighbourhoods, Caldwell and Ritchie, without father figures and have generated buzz by telling stories about life in the streets.

According to Lindasson, the song blends old-school and modern melodic sounds. The release also comes with a music video produced, directed, and edited by Ben Telford, who has created some of the biggest videos to come out of Ottawa in recent years. Released exclusively on the Ben Telford Visuals YouTube channel, the video shows Lindasson in his element, in the gym and then outside with the crew. We also see TwoTiime doing what he does best, hanging out by himself writing and recording, before seeing him outside as well. Finally, we see the two appear together, backlit with just their silhouettes.

Lindasson and TwoTiime are easily two of the biggest names coming out of Ottawa right now. In just a few years, Lindasson, who played basketball at a collegiate level, has over 15 million views and streams across all platforms and has been featured on CBC’s Beyond The 6. Meanwhile, has amassed millions of views and streams as well, while building a growing international fanbase, and becoming one of the five recipients of SOCAN’s annual Young Canadian Songwriters’ Award.

If this release is any indication, 2022 may very well be an exciting year for Ottawa hip-hop.