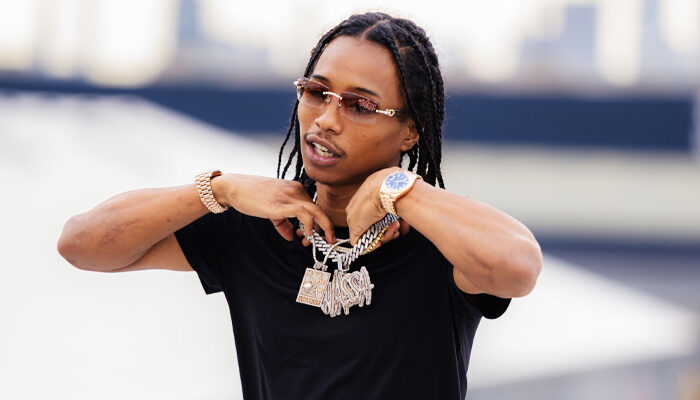 Ahead of his performance at Rolling Loud Toronto and his return to the city after relocating to Los Angeles three years ago, Canadian hip-hop sensation Pressa has dropped a brand new music video for his latest single “Blame Me”.

Released back on August 19th, the Da Realest produced track describes ‘having ungrateful friends when you’ve been looking out for them all your life.’

I’ve been wondering why these niggas, why they hatin’, why they change on me?OohI put everybody on, but when they lost, they put the blame on meLately, I’ve been tripping, I ain’t been feeling like myselfI was in positions that I should’ve never played a part inI gave them all my heart and they left me so scarredOohThey crossed me and you helped them play a part in it

See they left me out in the cold, wanted me to freezeHow many people that I helped out, that you wouldn’t even believeI paid commissaries, I even paid lawyer feesI turnt around looked up, ain’t nobody helped me when I was in need

The music video, shot by Onetake and Turtle Boysarerolling, shows a chain and jewellery wearing Pressa contrasted with shots of him as a adult and child in the ghetto. Between the content, melodic vocals and visuals, Pressa has deviated from his usual offering about the more volatile (and at times violent) elements of life in the streets to share his vulnerable side and a universal story that affects us all.

With his latest offering, Pressa doesn’t appear to be striving for streams, views and commercial success. The single and video appear to be therapy for the young Driftwood product who has seen and experienced a lot in the streets and will in turn be therapeutic for many listeners.

To check out the video for yourself tap the header image above and let us know what you think.