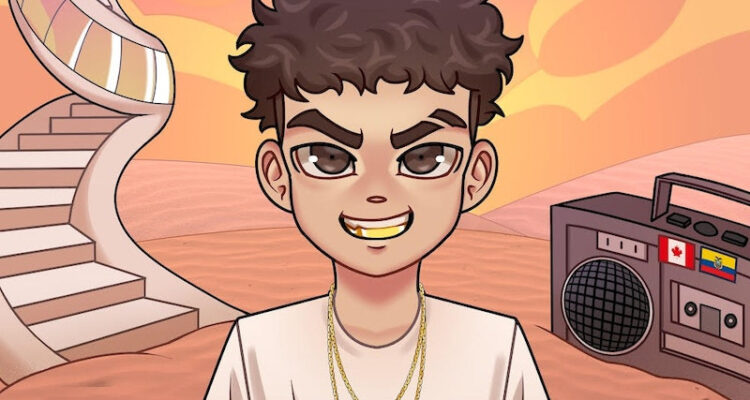 Cholocash flexes his versatility, vocals and song making abilities on his new EP Love So Loud.

Toronto artist Cholocash dropped a new EP this week and to say it’s a step in a different direction is an understatement. While he’s given us melodic vocals in the past, the rapper and songwriter shows off his versatility by getting in his rock and pop bag as seen on previously released singles “Was It Worth It” and “Leave Me Tf Alone” which are both included on the project.

Sonically, Cholocash is in a lane all by himself within the Toronto music scene, choosing to take risks with his sound instead of following existing formulas. A lot of artists can rap and sing, but at a young age Cholocash has demonstrated an ear for making songs with strong writing, catchy hooks, and powerful radio-ready Pop Rock vocals.

Ahead of its release, he took to Instagram to thank his fans for following him on his musical journey.

“I just want to thank everyone who has stepped in this journey with me, and also everyone involved in helping me create this project; the ones who truly know me understand how much my craft means to me. Thank you from who’s ever been with me since that first record I dropped almost six years ago.”

As one of the hardest working artists coming out of Toronto, dropping 18 music videos in 2021 and nine so far in 2022, he continues to garner praise from both young audiences and OG’s alike. He even got a cosign from Canadian hip-hop pioneer Maestro Fresh Wes who recently praised him for his hard work. He provided fans with a behind the scenes look at a new music video shot at the Canadian National Exhibition so there’s more in the stash. But despite his growing momentum, he’s faced some setbacks over the past year, but for him it’s all motivation.

“I never let likes or views disappoint me. I’ve been shadow banned for almost a year on YouTube, pages don’t post me like that, but it game me motivation to build my page into something special, something unique, something organic. The love’s so loud, but the love ain’t real.”

Love So Loud is available on all major streaming platforms.