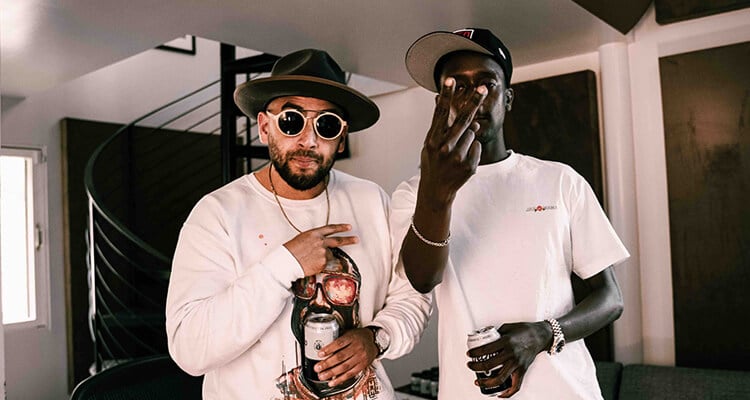 Calgary-raised, Toronto-based singer-songwriter Ruben Young is back with some feel-good, West Coast summer vibes with his latest single “TNT”. Adding to the West Coast flavour is Compton rapper Buddy who has been making noise since signing with music legend Pharrell and collaborating with heavyweights like Chance the Rapper, Kendrick Lamar, and more recently Tinache on their single “Pasadena”. On “TNT”, Young’s smooth vocals are matched by Buddy’s smooth flow, and some equally smooth live brass from Canadian funk band Busty and The Bass.

The song recently won the Yangaroo DMDS 2020 Indie Spotlight Contest adding to Young’s growing list of accomplishments including being named Apple Music’s ‘New Artist of the Week in Canada’, collaborating with Hodgy from Odd Future, touring alongside Kiesza, Akon, The Chainsmokers, Nelly, and amassing millions of streams along the way.

For the soulful Canadian songwriter, his eclectic musical tastes were a product of his environment, both at home and in his hometown.

“In late 2019 I hit a wave of inspiration from listening to so much 70’s soul and funk music”, Young explains. “My mom raised me in it – from James Brown to Stevie Wonder to The Spinners, and as a bi-racial kid from a country music town like Calgary, that music really became my home – my identity in a way. For this song, I wanted to check-off my bucket list and get some of my favourite artists involved. First, we linked with my favourite rapper in Canada, Terrell Morris, and rewrote until the song became ‘TNT’. Then Nick, Scott and Chris from my favourite band in Canada, Busty and The Bass, added the horns, Daniel Nava added live bass, and the song was finally ready. The brass made it feel live like Earth Wind and Fire, and the hooks had sauce like a James Brown record.”

He continues: “In May, I flew to LA – the same city where I dreamed up this chapter of my career, to meet Buddy and finish “TNT” together in the studio. It was one of those sweet serendipitous moments where hard work and luck finally connect, and dreams become real. After a long year in lockdown, ‘TNT’ reminded me how much I love this music life, and it refilled my tank to leave my mark on the world through it. From Calgary to Compton – this song is for the dreamers.”

“TNT” is available on all major streaming platforms, including Apple Music’s “New in R&B”, “Future Funk”, “New in Pop”, “Made in Canada” and “Northern Vibes” playlists, but if you can’t wait to get a little taste, click the featured image above.