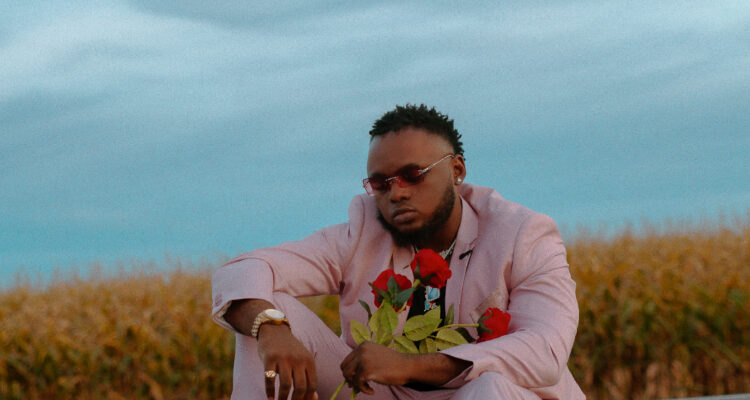 SM BRINGS HIS OWN ENERGY TO THE AFROBEAT SCENE

“Everyone is into hip-hop which is cool, but we all come from different backgrounds where North-America slowly robs us of our culture, so as an artist, using music is one of the most powerful tools of influence to shift the culture back to our roots and where it all started.” – SM.

SM, a new emerging artist born and raised in Ottawa, Ontario in the South end of Greenboro just launched his career following some heavy soul-searching. Music has always been a big part of SM’s life and took it seriously as of 2014 but took a break to find his sound.

He started off as a dancer and acting in agencies then later on, found himself enjoying rap and performing at a young age. SM is now an official recording artist and singer specializing in Afrobeats/Afro-fusion type music.

By creating ethnic music, SM is looking to represent the diaspora and be the pioneer of the afrobeat wave here in Canada. As an artist from Ottawa’s south end, he wants to change the narrative by embracing his afro-Caribbean culture through music.

“Everyone is into hip-hop which is cool, but we all come from different backgrounds where North-America slowly robs us of our culture, so as an artist, using music is one of the most powerful tools of influence to shift the culture back to our roots and where it all started.” says SM.

When asked why it is so important for him to shift the music culture back to his african roots, SM said, “It’s important because the older we get, the more we slowly lose touch from where we come from, with who we’re becoming due to western culture here, our true identities lie in our roots as well as our upbringing and what we believe in.”

He released his debut EP called: “TISM” which is an acronym for “This is SM”. “TISM is my first official project where I lay the foundation of my artistry, It’s the introduction to who I am as an artist and what I’m capable of doing sonically as well as where I am headed.” explains SM.

The project sheds light on a variety topics, such as love, culture, vulnerable moments in his life along with the good times. “The diversity of the project was intentional, a way of showing how each component of each song impacts me as an artist.” he adds.

SM’s first music video for the first track on the TISM EP called “PEACE” premiered on October 29th 2021 and in less than 24 hours it amassed 30,000 views on Youtube. Personally directed, casted and edited by SM, he wanted to make sure that his African roots were represented in the full production.

After only 3 weeks, the music video is already at 137,000 views and is receiving an immense amount of support from the city.

“Thunder” is a song where SM and GV came together to sonically express their personal feelings, experiences and romantic relationship challenges with past partners.

Videographer and film director BEN TELFORD shot and edited the “Thunder” music video while the set designing of the video was a collaboration with STUDIO2020 (Thomas, Taegen & Tani).

The “Thunder” music video is already trending and sits at 52,000 views since it’s release.

Other than the music, SM runs many other ventures such as a media company with a creative arts subdivision and the launch of a clothing line “Nuvo Riche” is in the works.

Aside from that, SM never stops with the music and has more exciting tunes coming out in the new year as well as a new EP to add to our playlists next summer.

The full TISM EP is available on all streaming platforms.