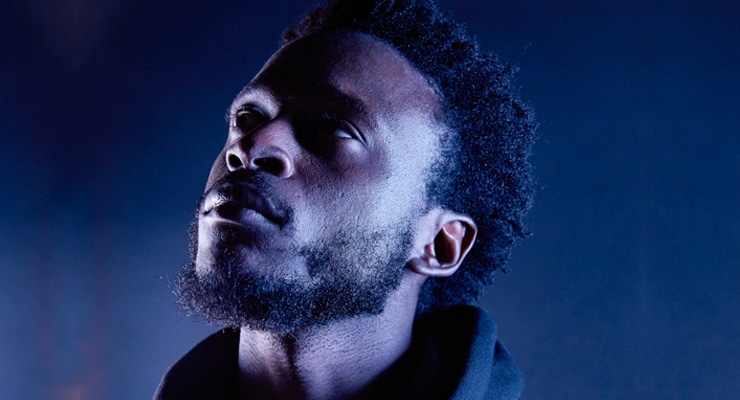 If you haven’t heard the name Borelson, it’s definitely one you’ll want to remember. The Toronto-based rapper, afro-futurist and afro-fusion artist first got our attention back in September with his single and music video “Fearless”, with its African and UK undertones and contagious beat. The song is gathering steam after being added to Spotify’s Northern Bars playlist and getting national air play on CBC’s The Block. The Ghana Remix featuring Ghana-based established rappers Worlassi and Ko-Jo Cue also gained over 33,000 streams on Audiomack in its first week.

The single was a lead up to his new album Building Bridges and we’re happy to say the project is now here and he didn’t disappoint.

From intro track Intro (AI: Ancestral Intelligence), you get the sense that this isn’t your typical album. The song features a France based-Gabonese traditional harp player and walks the fine line between experimental and traditional music. Throughout the album he gives us everything from bars on tracks like “Deepest Vibes” and R&B/Soul on “BLACK IS”, to upbeat dance tracks like “Fearless” and bangers like “Moula”.

The project oozes Black excellence and pride, and that’s no more evident than on the outro as he closes out the album with an acapella rendition of the Black anthem “Life Every Voice and Sing”.

From beginning to end, the 11-song project is a celebration of Black expression. This is exactly what Building Bridges is about―bridging the gap between various cultures and sounds across the African diaspora. Featuring Chantal Rose, EYEAMi, Angela Nethersole, Nevon Sinclair, Jesse Reyez producers Junia-T and Only1KNG, and more, the album is equal parts bars, rhythm, soul and inspiration, and is an example of what Black music is supposed to be about.

Borelson is clearly an artist with a vision. In a time when many artists follow formulas and trends, Borelson took time to experiment and innovate, and carefully craft a body of work that’s a great piece of Black art.

Building Bridges is available on all major streaming platforms.

Listen to the full album: