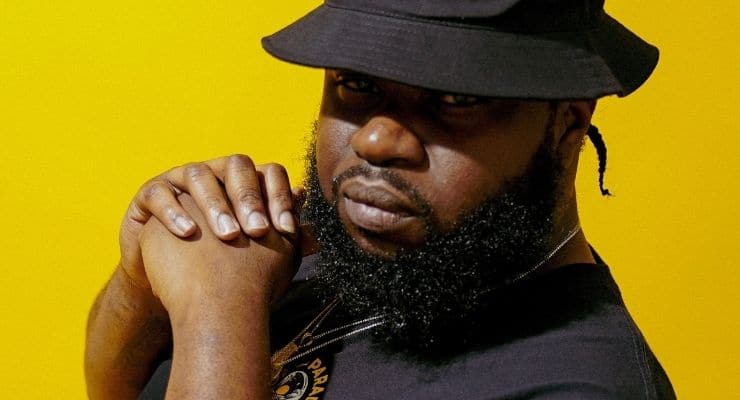 Miami hip-hop producer Hey Samyr is a Montreal-born, Ottawa-raised Haitian-Canadian who has been in music for almost a decade, working with Rick Ross, Jadakiss and more.

Born in Montreal, but raised in the Miami sun, Samyr “Hey Samyr” Antoine, is a Haitian-Canadian producer who has been in the game for almost a decade, and is making sure he leaves his mark in the music industry. He spent the first seven years of his life in Montreal, then left for Miami at the age of eight.

“I was born in Montreal, but raised in Miami, so I kind of got the best of both worlds”, he explains.

He soon discovered his love for music and started his own production team called “Tha B.O.M.B Squad”.

After spending most of his child and teenage years in Miami, Samyr then returned to Canada to continue his studies at Algonquin College in Ottawa, the nation’s capital. When asked about his studies, he stated “I started with business, then moved over to communications…but I never actually finished. I guess you could say I’m a college dropout, but it worked out”.

A very short while after he began his college studies, he realized that music was definitely the route he wanted to pursue. So, he packed his bags and moved back to Miami where he began working with Grammy award-winning producer and song writing duo, Cool and Dre. Samyr worked out of their studio Record Room Studios for about a year.

The young producer credits this experience as a bootcamp to his career, “I got to learn so much more about my sound, about mixing, and working directly with an artist. Learning from that has evolved my sound drastically”.

Samyr eventually moved on and became a part of AudioVision Studios which is currently still his homebase.

Samyr’s sound has definitely elevated as he has worked with the likes of Jadakiss, Jim Jones, Gunplay and most recently, Iman Shumpert. During his interview with SHIFTER, Samyr described his creative process and said, “You don’t wanna give them what they’re doing now, you wanna give them what they’re about to do. I like to be with the artist and create with them right then and there. My first thing is figuring out what they have on their mind, and from there I can assess their sound. For the producer, the artist is priority, you want to follow their vibe. It’s about them at the end of the day”.

He is currently working on Iman Shumpert’s new album, and produced his latest single “Gohan” featuring DJ Drama, which was featured on the Real Housewives of Atlanta. Samyr has also appeared on Iman and, his wife, Teyana Taylor’s reality TV show We Got Love which appears on the E! Network.

In addition to appearing on national television, Hey Samyr has already hit some major home runs in his career including producing a hit for Duncan Morley featuring Rick Ross, “Find You Now”, which spent 12 weeks on the Billboard charts and topped at #6.

When asked about how he feels about his success, he stated “When I got my plaque in 2018, I thought that was success. But after I reached that, I realized that there’s so much more I could accomplish. My whole definition of success has changed; I think, if you’re able to live off your dreams, that should be success. That’s success to me”.

Samyr “Hey Samyr” Antoine is clearly passionate, driven and has a genuine love for music.

“Man, listen, music got me everything I ever wanted. I got so many stories. Music got me to meet people I thought I would never meet; People I grew up listening to and watching. Music is my life.” He continues on to say, “Don’t listen to anyone who tries to downplay your dreams, tune out the negativity, and go for everything you want”.

During the final moments of his interview with SHIFTER, he was asked what the world could expect from Hey Samyr in the near future, to which he responded “I just teamed up with Beat Club, which is Timbaland’s platform and through that, I’ve garnered some more opportunities, so that’s been amazing. Iman’s album is going to be awesome. I have some TV opportunities that I can’t really talk about yet, and there is going to be a lot more music. I just wanna make people happy and make them dance; that’s the vibe I’m on”.

Samyr is the definition of a dream chaser and living proof that you can truly accomplish anything you want to do, as long as you want it bad enough. He woke up and decided that music was the only thing that could feed his soul. He trusted that feeling, packed his bags, made his way to back Miami and the rest is history.