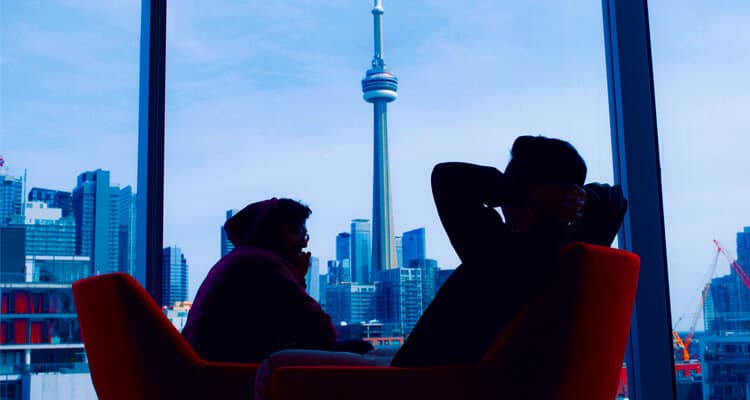 After a successful 2020 campaign which saw them chart on SoundCloud’s New and Hot Canadian R&B, get some spins on major Canadian radio stations such as Toronto’s Hip-Hop Flow 93.5, and feature on popular Spotify and Audiomack playlists, Toronto R&B duo $VN (pronounced “Seven”) is back with their brand new single “The Code”.

Known for providing fans with cathartic listening experiences, the duo, alongside their longtime friend and producer, shubs, drew inspiration from the dark and cold winters of Toronto. The single is a song of contrasts, featuring both the gritty and soft vocals of childhood friends nyXsun and SAGS, as well as introspective lyrics and an airy and dreamy intro followed by powerful baselines and hard driving synths that may remind listeners of a horror movie. Listeners may very well have reason to be afraid. The song also highlights their code for how they deal with people who have wronged them in the past—give them smoke and don’t look back.

For SAGS, who had a lot of pent up anger and frustration, the song came together rather quickly.

“Shubs sent this beat over on a cold winter night and I was just vibing to it”, he explains. “He usually sends multiple beats over so we can feel the sounds out but this time, it was just the one; I guess he knew we would like it. I wrote the hook and verse in an hour, moving fluidly and quickly between melodies, lyrics, and rhyme schemes. I had a lot of pent up aggression in me at the time and you can definitely hear it in the lyrics. nyXsun took it home with that second verse, an emphatic and melodic delivery to uplift the track. We knew that this had to be the first single that fans heard from us in 2021. We’re not playing games this year.”

With 11 singles already under their belts since their 2018 debut, fans won’t have to wait much longer for new music from the pair. For this year, they’re focused on crafting cinematic soundscapes, collaborating with other artists in their city, growing their fanbase globally, as well as building their brand and collective, MØD. One thing is for sure. Whatever they release, $VN is definitely one of Toronto and Canada’s best kept secrets that a lot more people will hear about in 2021.

“The Code” is available on all major streaming platforms.