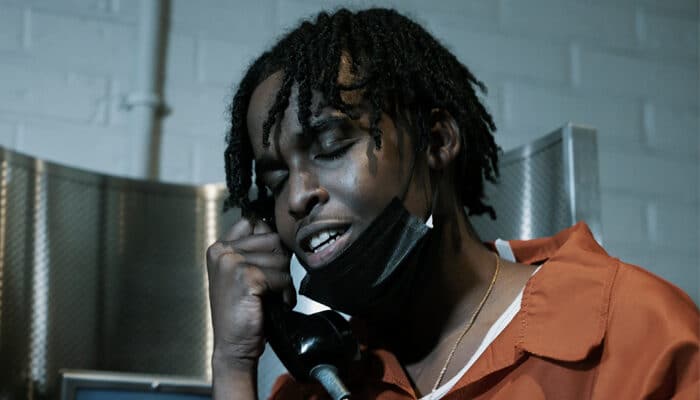 TwoTiime drops new single Find My Way. On the passionate and introspective track he addresses his legal troubles and more.

TwoTiime has geared up for his third release of this year titled “Find My Way.” Backed by the success of his previous single “On the Edge”, this new gem is highly anticipated. Bearing it all with flourishing honesty, the 20 year-old Ottawa artist has a strong purpose behind the song―to update his fans on his recent life events. Art is a form of expression and TwoTiime has encapsulated this idea in this new track.

TwoTiime is known for the transparency and authenticity sewn into his lyrics. Additionally, he’s more aware than ever that he can be a voice to those who relate to him. Despite this new release being built on introspection, it also touches on the legal trouble he faced in March 2021. He eventually vindicated after the Crown decided to stay charges. This is even highlighted in the music video which featured the artist donning an orange jumpsuit branded with the words “State Penitentiary”.

With the help of producer and fellow Ottawa native, Khamali Jordan, TwoTiime was able to create a track perfect for those who want to indulge in his passion and introspection. The video for “Find My Way” is directed by Toronto-based SIP Entertainment, who had previously collaborated with TwoTiime for his video “Off Some.” His ability to connect with other music professionals while extending his fan base to the lengths he has is incredible for an artist who has only been on the scene for three years.

“Find My Way” also shows TwoTiime’s ability to find his way through the streets of Ritchie to the rap game. He has gained recognition from the likes of Complex and HotNewHipHop, a rare feat for an artist from the capital, and has had some of his music released through WorldStar. His plan for 2022 is to release singles until he unveils his official debut project.

“Find My Way” is now available on all major streaming platforms. To check out the visuals, tap the header above.