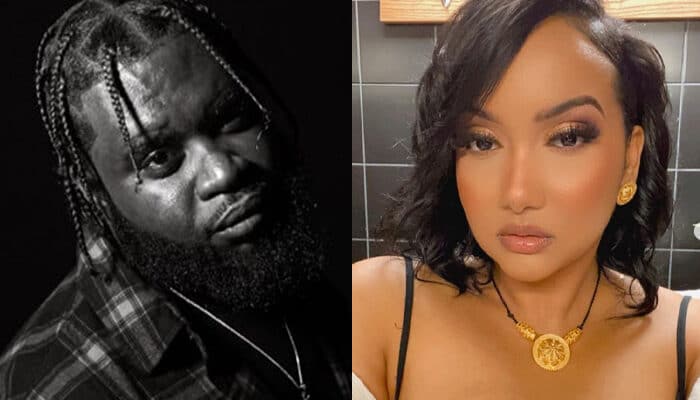 “Let’s Go” represents being a champion in any ventures you take on, always believing in yourself and having good sportsmanship. DJ Prosper, who is also the official Ottawa Senator’s DJ, premiered the track during the first and second intermission as part of his set. The crowd did not hesitate to sing along and to light up the arena with both excitement and of course, their cellphone cameras. On top of being a phenomenal record, the story behind the track is as inspiring as the track itself.

Though he is based in Miami, Florida as an established charting music producer, Samyr Antoine aka Hey Samyr lived in Ottawa for the majority of his youth. While navigating the charts, Samyr never forgot where he came from and always aspired to do something special for the city. These are values that Hey Samyr and Badda have in common as creative entrepreneurs who both share roots in the nation’s capital.

Badda is no stranger to success. Indeed, she is the first Canadian female artist to hit #1 on the Vibe 105 radio station in Toronto with her 2019 single “We Ridin’” featuring Canadian international hip-hop artist Pressa. Along with taking over the airwaves nationally, Badda was also the first local female Hip-Hop RnB artist to feature on the New Hot 89.9 FM, one of the most popular commercial radio stations in Ottawa. Coming out as the first female artist to transpire within Ottawa during 2018, Badda offers a different perspective of growing up in Russell Road and being a young East African artist from Canada.

“My music is all about motivating my listeners to be themselves, believe in themselves and to always stay true to the people they love”, she explained when asked about the driving force behind her art. While staying true to herself within her songs, Badda ensures that anyone, whether it’s men or women, can relate to her music as she always writes real and genuine lyrics.

When asked about the reception of the track, Badda quickly mentioned that this was a win for her family first.

“My cousin called me right away. He was so proud. He felt like it was a win for him too. It’s a win for all of us”.

With the new anthem, the anticipation for her upcoming project is boiling up. Hey Samyr is currently working closely with NBA champion and Dancing With The Stars winner Iman Shumpert on a new musical collaboration. The official release date for “Let’s Go” is yet to be determined.