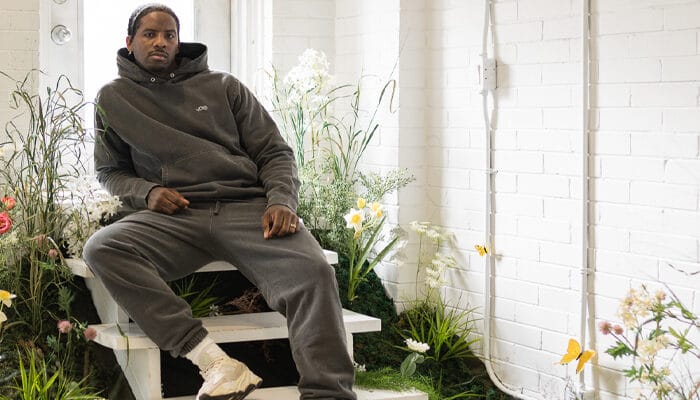 Canadian recording artist, singer-songwriter and director Patrik Kabongo, known for his hit song “High End” (which became TikTok Canada’s official theme song throughout late 2020 to mid 2021), is back with a very meaningful banger that resonates with people that can relate to its message. That song is called “Limelight”.

Marking his first single of the year, Patrik cites Pooh Shiesty’s recent sentencing as the inspiration behind the lyrical storytelling.

As a reflection on the state of Black identity for Black men in the music industry, the production’s bouncy feel with the synths along with the clicking drumsticks and echoed singing at the beginning gives it an eerie yet refreshing feeling of what “Limelight” entails and how the production and lyrics blend. The song boasts Nate Husser’s signature vocals with Jake Hyndman-Whittier of Fly Away Recording adding his appreciated elements to the new offering.

Throughout the first part of the song, Kabongo speaks from the perspective of the typical Black man searching for their own identity in life and becoming the best they can be without resorting to other means which can lead to adverse outcomes. He also speaks about how he’s dealing with these same issues but paints a picture within the lyrics so others can relate.

When you listen to the song, you can hear his unique vocals and how he balances the accuracy and raw feeling in his lyricism while giving a transparent yet vulnerable emotion in the hook. Yet, even with Kabongo’s unique double and triple entendres, flow, cadence, and sombre energy, he’s comfortable and in his element while incorporating different styles and energies to express his emotions and thoughts on certain situations.

In terms of the hook, it is a revitalizing entailment of what society perceives of Black men who grow up in the struggle, only seeing them as a stereotype and without acknowledging the individualities of Black man. Kabongo also speaks on society’s issues and explains how Black men act and conduct themselves. He manages to change his flow to create a catchy hook while resonating his sound and aura with meaningful lyrics to give a more profound meaning to the issues Black men face.

As the song also entails the glamorization of the struggle with no real understanding of who Black men are, on the second part of the song Kabongo talks about how he grew up as a Black man in the struggle and speaks more about Black men in the music industry facing these same issues while trying their best to overcome these trials and tribulation by becoming their best selves.

This is a very well-articulated song that is very marketable for all audiences to listen to while giving us insight into Kabongo’s consciousness. With strong similarities to the likes of Travis Scott, Joey Bada$$ and A$AP Rocky, Patrik Kabongo evokes different styles of music to create this masterpiece.

The song is accompanied by an official music video directed by Danik Bartolini that zeroes in on Kabongo performing the song under a different lens of light and audience.

“Limelight” is in preparation for Patrik Kabongo’s debut album Endless Summer. Leading to its highly anticipated release, Patrik will service thoughtful visuals and content to feed fans before the drop.

Patrik Kabongo’s brand new song, Limelight, is out and available on all streaming platforms.