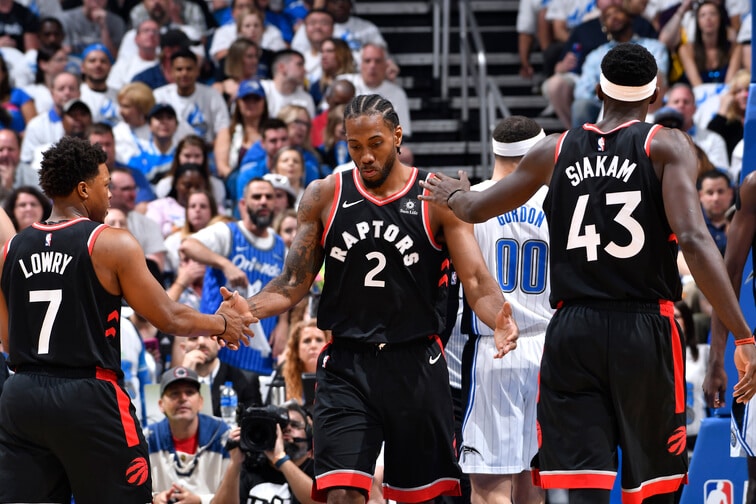 5 STORYLINES TO WATCH IN THIS YEAR’S NBA PLAYOFFS

The NBA Playoffs are back and there’s a notable name missing from any of the eight first-round series. Lebron and his baby Lakers (no surprise) are nowhere to be seen this postseason. A first for LBJ in 8 years, but a reccurring theme for the Lake show which hasn’t been to the playoff since Kobe retired.

In the absence of Lebron’s star power, there doesn’t seem to be a shortage of intriguing storylines to follow—Kawhi in the East, DeRozan with Pop in the West, and of course everyone’s default Finals pick, the Dubs of Golden State.

Let’s take a closer look at the top five compelling NBA storylines to watch in this year’s playoffs.

Can the Celtics rebound and make another improbable run?

Last year, the Boston Celtics made an incredible run to the Eastern Conference Finals. All this without the services of Kyrie and prized 2017 free agent Gordon Hayward due to injury. With then-rookie Jason Tatum, veteran Al Horford, and an up and coming star in Terry Rozier, the Celts played a brand of unselfish ball that gave other teams fits and eventually drove Lebron and the Caves to seven games in the Eastern Conference Finals. This season, even with a healthy Kyrie and Heyward they haven’t looked the same all year. Team in-fighting, coupled with Kyrie’s pending free-agency has made the Celtics look average at best. Plus the fantastic play of Rozier from last year’s playoff run has all but disappeared. If they can somehow find the team chemistry they had last year that created enough buzz for ex-NFL quarterback Drew Bledsoe to come out of hiding…they have an outside chance of making some noise in the East.

Is Kawhi enough for the Raps to get past the Bucks and into the Finals?

I’m not as sure as I was in October. Back at the beginning of the season, the Raps looked like a lock to rep the East in the NBA Finals. But with an 82-game season comes team complacency. And when that happens, it opens up an opportunity for another team to rise. Right now Giannis and the #1 seed Milwaukee Bucks look like a strong favourite with their odds dropping from +800 to +600 to make the Finals. The “Greek Freak” is playing out of his mind right now and has the supporting cast that complements his talents perfectly. That’s not to say Toronto doesn’t have a chance. Raps GM Masai Ujiri went all in this year, trading off young assets for vets to add experience for a deep playoff run. It could pay off, but they’re not the runaway favourite they once were.

Don’t Sleep on Canadian Jamal Murray and the Nuggets!!!

Denver quietly put together a solid season, finishing 54-28 and winning the Northwest Division. A large part of that has been the play of Canuck Jamal Murray who averaged 20.5 PPG during the regular season. More than just a stat line, Murray’s been coming up clutch for the Nuggets. He dropped a 48-point game against the Celtics back in November and in Game 3 of Denver’s first-round series against the Spurs this post-season, Murray dropped 21 points in the fourth quarter to bring his team back for the win. The Nuggets have proven their worth by beating the West’s cream of the crop teams at least once this year, including Golden State and Houston. They’re easily the sleeper, x-factor, or whatever you want to call them, of the entire NBA playoffs.

Will the Rockets have enough swag to get back to the Western Conference Finals?

Houston is easily the “swaggiest” team in the NBA right now. Harden, who continues to break ankles (and have ridiculous travel ‘no calls’), will probably win MVP for the second straight year. Chris Paul, arguably the NBA’s biggest troll on the court, is fully healthy. When he is, he’s the league’s top floor general. With guys like Clint Capela, ‘Sneaker-God’ P.J. Tucker and vet Gerald Green, the Rockets have enough to challenge the Warriors again this year and need to make up for the dramatic collapse they had last year in the WCF after being up 3-2.

Even with apparent dysfunction, will the Dubs complete the 3-peat?

Before the start of the season, I predicted at least some combination of Durant, Boogie or Draymond would pop-off with one another. Of course, it did happen between KD and Draymond…during a game! Whatever Draymond said to KD, it was enough for the team to suspend him without pay for a game. They eventually kissed and made up, but many believe the damage was already done and KD will be heading to Gotham next season. With KD’s pending free agency, as well as Klay Thompson’s upcoming free agency, the Dubs have just seemed more imbalanced than usual the entire season. At the time of writing this piece, the Warriors had squandered a 31-point lead to the 8th seed Los Angeles Clippers in Game 2 of the opening round, eventually losing 135-131. If that wasn’t bad enough, Boogie went down with a quad tear that could end his season. But Steph is still around, and with him they’re still the league’s most feared team. A 3-peat seems imminent, just not guaranteed.

The NBA never lacks drama whether it’s the regular season, post-season or offseason. Keep it locked to shiftermagazine.com for coverage of the NBA playoffs.