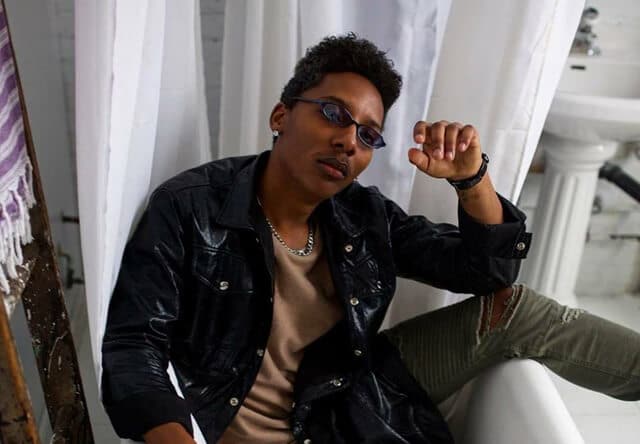 Quinton Barnes is a singer/songwriter and producer based on Toronto, Ontario. Though firmly rooted in pop/R&B, his music draws from influences as diverse as Prince, Michael Jackson, David Bowie and Stevie Wonder. An electrifying performer, Barnes’ tour de force lies in his stage show, where he dances and powers through an exhilarating set of all-original tunes, rarely stopping to take a break or catch his breath.

What creativity means to me: Creativity to me is the only way to make sense of an increasingly chaotic and often intangible world. Creativity is freedom from limitations and the act of creation itself is one of the purest forms of self-expression. Creativity is the highest form of self-actualization.

The place where I feel the most creative: Creativity to me is about a mindset, not necessarily a place. I can usually sense when a creative mood is coming on, and it can occur almost anywhere and at anytime. It’s highly dependent on where I’m at mentally.

What inspires me to create: I’m inspired by many things – beauty, people, the world in general. I’m mostly driven to create after long periods of rumination on whatever is currently on my mind. Only after grappling with whatever’s been preoccupying my thoughts am I able to create unfettered.

If money was not an option I would: Oh god, if money wasn’t an option my life would be completely different from what it is now. I’d probably be holed up in some shack with a home recording studio living out every bohemian, eccentric inclination I’ve ever entertained ha! ha!.

Check out the video for Quinton Barnes’ latest single Pass Off Awake.