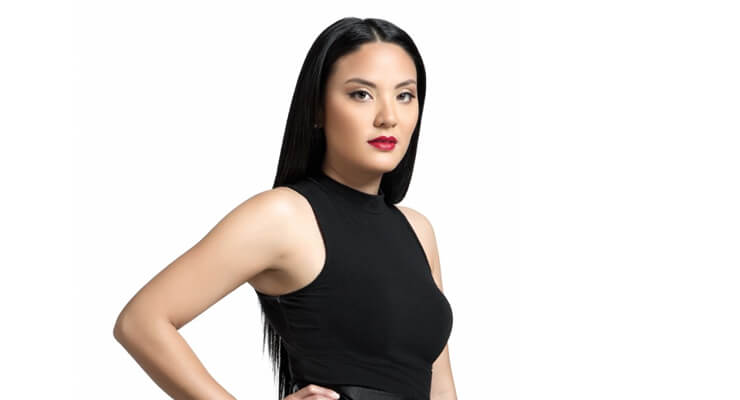 Back in the day, my friend Tony and I would regularly make the trek downtown to St. Joseph College School to pick up our friend Koliah (who would later become my wife) and her friends from school. One of them was Flo King. She was bold, blunt and the big sister of the pack. I soon found out that what made her such a force to be reckoned with was her upbringing in one of Toronto’s roughest neighbourhoods.

Flo was raised in Regent Park by a single mother who exemplified the power of education and entrepreneurship.

“I grew up in the not-so-nicest of neighbourhoods, so I was always surrounded by hustlers, drugs, prostitutes, stolen merchandise—it surely made for an interesting childhood”, she recalls.

“My mother migrated here from Vietnam. She was always a strong advocate for formal education, but also had an entrepreneurial spirit. Single parent, working a nine to five and graduating with her Masters in Psychology from the University of Toronto, all the while starting her cosmetic line. It was a lot looking back, but I had no idea…That balance between book and street smarts has stuck with me until this day.”

After high school, she moved on to Seneca College and Ryerson University. Her life would take a big turn when she became pregnant with her son Tyai while still in college, but growing up among hustlers, she made it work. She soon married the father of her son and became a family woman long before any of her friends were even thinking about raising a family.

Eventually, she started a career as a public servant with the Government of Ontario that she still holds today.

“My government career started early. I was a summer day camp counsellor with the City of Toronto as a teen. That later morphed into being a customs officer for the Canada Revenue Agency, to other positions in other levels of government, to finally settling at the Ontario Government as a New Media Consultant.”

Now over 15 years deep in the role, King credits the position with helping to fund her many business ventures over the years, as well as one of her favourite guilty pleasures—travelling. Before COVID, Flo could be seen regularly playing mas in carnivals all over the world, from Toronto to Miami and Trinidad.

“I’m a big fan of multi-tasking”, she says. “Just because you work a 9 to 5 doesn’t mean you can’t pursue your passion. Use that 9 to 5 to fund and pursue that passion.”

The original “She Boss”

Her very first business venture was the lifestyle and entertainment website, TOFLO. Once again, Flo was ahead of her time, breaking new music, interviewing celebrities that were in town, and taking photos in the clubs—all of this before Facebook was just starting, Twitter wasn’t even around yet, and the internet was recently a thing. One of the young artists she had a chance to meet was a young Drake before he went on to global domination.

Her early adoption of the internet and digital media led her to become a consultant for promoters and DJs, in marketing, branding, creating websites, media kits, and coaching them on how to manage their social media channels—something she still does today.

“I needed to show my work as a computer programmer so I needed to build something quick”, she told SHIFTER. “I focused on what I knew best and that was all things entertainment. I made it a point to collaborate with other students in photography, journalists, and graphic design, so that they also had a platform to showcase their work. It was a mish mash of all things local, and over time definitely caught the eye of international corporate giants such as Universal Music, Nike and Diageo.”

Years later, her next venture would be the soul food chain The Dirty Bird Chicken + Waffles. What started out with serving food at clubs and an overnight food truck stint evolved into multiple locations, including one at Pearson International Airport’s Terminal 1.

Flo and her partners eventually met up with an experienced restauranteur and an investor who specialized in franchising in order to scale the company—all while working as a public servant, raising her son, and starting other businesses.

While she and the original partners eventually exited due to internal issues, she still credits the restaurant chain as one of her biggest business accomplishments to date. Dirty Bird is now a household name in Toronto and through Flo’s work on the digital marketing and public relations side, it has gained brand recognition across North America. She was also able to redirect the proceeds from the venture into investing in real estate and stocks to create intergenerational wealth for her son.

In 2017, she would branch out into a completely different industry—beauty—in the form of Blushington’s Beauty Bar. The Avenue Road based company started with big fanfare, including a big opening, but ultimately led to lost money and friendships, and a mental breakdown.

Although the pandemic was tough for her both personally and professionally, there would be a light at the end of the tunnel—her current business, R + P Home, which she co-founded alongside her childhood friend Nicole Babb. In just a few short years, R +P has become one of Toronto’s premiere home staging and interior design companies. With home staging being an essential service, R + P was weather proofed during the pandemic. They recently started filming their new HGTV show STYLED set to premiere in early 2022.

Throughout her ups and downs in business, Flo has learned some very valuable lessons about both life and business.

“Anyone who’s pursuing that entrepreneurial journey, do your research, get a mentor, find somebody you trust. For me, I’ve navigated through life on my own. I didn’t really have anybody to seek counsel from…A lot of the things I’ve learned are definitely through trial and error, and now I’m making it a point to be accessible to young women coming up in the game because I think it’s important.”

So what’s next for the Regent Park bred hustler and entrepreneur? For Flo, her next chapter is about mentoring and letting them know about the resources available to them. She currently mentors young girls through the Power To Girls Foundation as well as her own initiative, Her Life’s Work, a sisterhood of women and allies who come together for the love of family, business, self-development, prosperity and mental wellness.

“In life, I feel like I’ve experienced a lot of it long before anybody else has, so to be able to share that insight and experiences among the younger generation, that’s where I feel my calling is…If you see someone doing it and you’re thinking, ‘I’ll never do that’, learn from that person’s story. You don’t have to go through life learning from bad encounters…It doesn’t matter the environment you grew up in, you always have the choice to make better decisions and turn your future around”, she concludes.