It was a few minutes before midnight on Sunday, February 28th, 2016. Some had already shut their eyes and drifted off to dreamland, while some still had theirs glued to their TV screen watching the 88th Academy Awards. All fixated on Julianne Moore as she opened that envelope to announce the winner for Best Actor in a Leading Role. And she finally says the name that most us have been waiting for a presenter to say for several years now, Leonardo DiCaprio. After six nominations, DiCaprio finally brought home his first Oscar and broke the internet while doing it. With about 440,000 tweets per minute, his win became the most tweeted moment of an Oscars telecast. 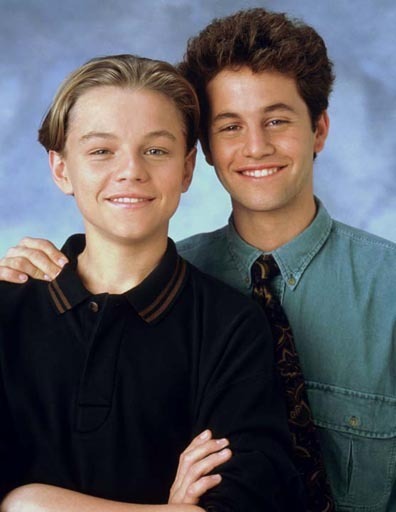 Leonardo Whilhelm DiCaprio was born on November 11th,1974 in Los Angeles, California. Before his long list of memorable performances on the big screen, the young heartthrob started out as Luke Brower on the classic sitcom Growing Pains. Although he appeared in a number of smaller films in the early ’90’s, it wasn’t until the 1996 film Romeo + Juliet (Boaz Lurhmann) and James Cameron’s Titanic the year after that this young man got our attention, both for his looks and his talent. In both movies, he ends up losing his life tragically and we all shed a few tears (why does the cute ones always have to die?) Thank goodness he came back in Randall Wallace’s 1998 film The Man in the Iron Mask playing the role of twin brothers King Louis XIV and Philippe.

After spending a few years on the down low, only appearing in smaller movies, DiCaprio made a come back in 2002 in the movie Catch Me If You Can alongside Tom Hanks. Since then, he has worked with numerous big name directors such as Martin Scorsese (Gangs of New York, The Departed, Shutter Island) and Quentin Tarantino (Django Unchained). The actor doesn’t limit himself when it comes to roles. His list of portrayed characters varied throughout the years- a developmentally disabled boy, a drug addict, an artist, a con man, an aviator, an undercover cop, a gunrunner, a fugitive, head of F.B.I, a business magnate, a stockbroker turned criminal, a plantation owner and 1820s frontiersman. As we can see, DiCaprio remained pretty diverse and didn’t focus on getting jobs that revolved around the same type of character.

Aside from being one of the most skills and accomplished actors of our generation, Leo is an active environmentalist. With the foundation he started in 1998 (The Leonardo DiCaprio Foundation), the actor has supported over 65 organizations and awarded $45 millions in grants. By working on four major keys- protecting biodiversity, oceans conservations, wildland conservations and climate change- his foundation’s goals are to focus on the well-being and long term health of those living on Earth. He narrated the 2007 documentary movie The 11th Hour, making us take a look and realize the state of our planet and potential solutions to restore the ecosystems. In 2011, he raised money for his various wildlife projects and disaster relief for Haiti during his 37th birthday party. He even stated that The Revenant was “about a man’s relationship with the natural world” and took the time to address the issue of climate change during his acceptance speech. He mentioned that the production team for The Revenant “had to move to the southern tip of this planet just to be able to find snow”. Leonardo DiCaprio reminded us to not take our dear planet for granted, the same way he is not taking that memorable evening for granted.

Just because Leonardo DiCaprio finally won an Oscar, don’t think for one second that he’s done acting or working for that matter. Back in 2010, he bought the film rights to the 2003 non-fiction novel The Devil in the White City: Murder, Magic, and Madness at the Fair That Changed America by Erik Larson. He now teamed up with his favorite director, Martin Scorsese, to produce the movie in which he’ll be playing H.H. Holmes, a con artist and one of the first documented and most prolific serial killers. Reading about H.H Holmes and his 27 confessed killings may give you shivers so imagine Leonardo DiCaprio portraying him on the big screen. Get ready to see a criminal with killer looks in action.

Over the past two and a half decades there are few actors who have made more of a contribution to the craft of acting than Leonardo DiCaprio and there are fewer who have used their status in Hollywood to lend their voice to a cause as passionately as he has. With his first Academy Award in hand, we can bet that DiCaprio will show no signs of slowing down. 2016 isn’t the end; it’s the beginning of the next chapter for Leo.