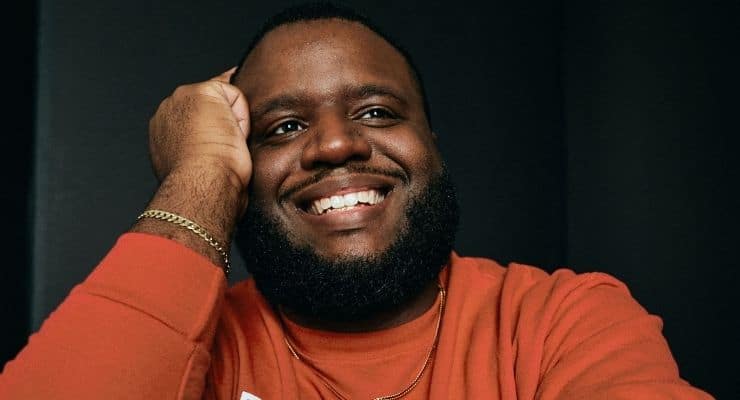 JARRED MCGRIFF DELIVERS BLACK EXCELLENCE IN FRONT AND BEHIND THE CAMERA

For Jarred McGriff, there are no limits to what an artist can create and explore. It’s the same fearlessness that drives him in his many endeavors.

Jarred McGriff is a director, producer, editor and cinematographer who wears multiple hats. He is currently a Technical Director and Senior Editor for BET and Viacom Digital Studios and has worked on several projects, including Support Black Colleges and Finding BET which is currently going on its third season.

Now, how does one even begin the journey of finding themselves in such creative spaces? For Jarred, it all began in high school where he was first introduced to video production. Ever since, the path ahead was clear to him as he understood exactly what he wanted to do. After university, Jarred went on to freelance for a few companies including Nick Cannon’s Ncredible. These experiences eventually lead him to BET and Viacom.

That being said, being involved in the corporate side of the media world has not stopped Jarred from experimenting with his creativity. In 2017, he went on to direct a short film titled The Now starring Meeya Davis and Terralon Walker.

“At first, I didn’t know if I really wanted to do it”, he said when asked about this project.

Jarred also shared interesting ideas in regards to the issue of diversity in the world of video production.

“We need blacker and minority faces behind the scenes, behind the cameras and in the writer’s room…All the way down to the personal assistants”, Jarred explains.

One of the stories that he would like to see on-screen is that of Black Wall Street. Though many people recall the unfortunate events that led to the infamous “Burning of Black Wall Street”, Jarred stated that if he could tell this story his way, he would rather focus on the day-to-day lives of the people who lived in the area at the time.

On top of his many endeavors, Jarred also runs his own production company called L2C Studios. The company is currently focusing its efforts on the development of branded content for high profile networks such as Starz (BMF) and Fox (Our Kind of People).

With his passion for filmmaking and diversity, and the excellence with which he approaches the craft, Jarred McGriff may be the on-screen champion the Black community has been waiting for.