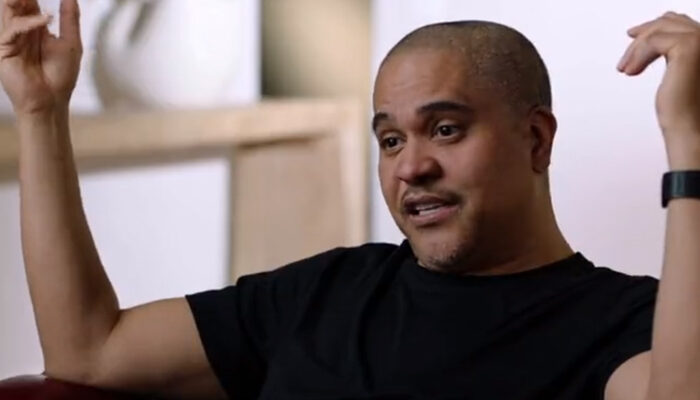 The Murder Inc Story season 1 episode 2 introduces us to a young Ja Rule and Ashanti, the label’s early roster, and the pressure Gotti faced to replicate his success with Jay-Z and DMX. Here’s our episode two recap.

Set in 2000, episode two of The Murder Inc Story begins with Ja Rule as a new artist who had success on Jay-Z’s record “Can I Get A…” But questions remain about whether he could do it on his own record. Ja responds with “Holla Holla”, the big single off his debut album Venni Vetti Vecci. While the album sells two to three million copies, it’s a disappointment for Irv Gotti after his success with Jay-Z and DMX.

Gotti has to figure out how to distinguish Ja from the flash of Jay-Z and the grittiness of DMX, giving rise to his signature Ecstasy induced melodic sound. Out of this came tracks like ”What Would I Do Without My Baby” (about Ja’s wife Aisha) and ”Between Me and You”. The episode is a reminder that Ja Rule really pioneered the melodic and vulnerable brand of hip-hop we see today.

Similar to episode one, episode two outlines the ongoing tension between Irv Gotti and Lyor Cohen who didn’t appreciate Rule’s sophomore album Rule 3:36, labelling it as “soft” and telling Gotti to scrap it (shoutout to Lyor Cohen for appearing in the series even though history proves he was clueless).

Gotti circumvents the Def Jam system, pushing ”Between Me and You” to a megahit.

In the episode, we learn some details many of us didn’t know before. First, despite being surrounded by the superstar life, Irv didn’t drink, smoke or do drugs (at least in the beginning) because he was so focused on the music. We also learn more about the relationship between Ja and Irv with Rule stating, “Gotti was my Donda” referencing  the relationship with Kanye West and his mother Donda.

”He seen shit in me, that maybe I didn’t even see at the time”, he goes on to explain.

The episode also includes the backstories of Gotti’s biggest beefs and conflicts. First, 50 Cent who the series depicts as the jealous young rapper who wanted to be like Ja with the music videos, accolades and respect in Queens. We get some insight into their physical confrontations with 50 portrayed as a wimp, running from Ja and getting a restraining order on him.

We get the backstory of Ashanti who chose not to participate in the series. We learn that while Murder Inc. A&R, BJ, and Chris Gotti thought she was dope, Irv didn’t believe in the beginning. But being a studio rat landed her her first feature on Big Pun’s “How We Roll”.

Lastly, the episode explores the special hitmaking relationship between J-Lo and Ja Rule with their hits “I’m Real” and “Ain’t That Funny”. But after a magazine interview gone wrong, J-Lo distanced herself from Gotti and they don’t appear to have talked or collaborated since.

Episode two features appearances from Jay-Z, Los Angeles radio host Big Boy, Lyor Cohen, and Fat Joe who give some context to the overall story of Irv Gotti and his label. Overall, this episode is a reminder of how groundbreaking Ja Rule’s music really was, both in his sound and content. In a time when music was either gritty or slick, the Irv Gotti-Ja Rule duo gave us timeless music that made us feel good then, and still does today.