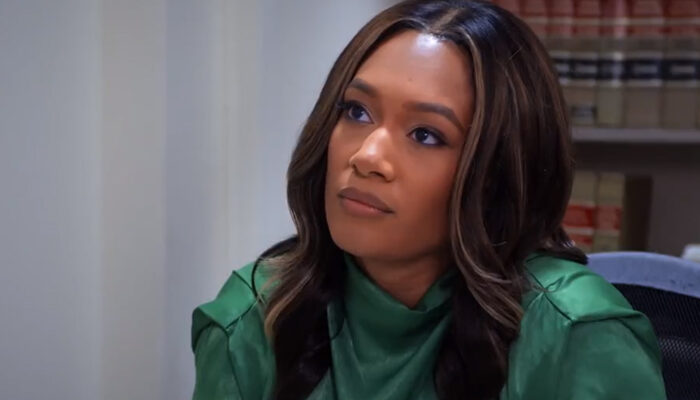 Zac has baby mama drama all while dealing with his insider tip coming to light. Here’s our Tyler Perry’s Sistas Season 4 Episode 21 recap.

Ding! Ding! Ding! The episode begins with Fatima vs. Karen round three (or is it four?). Fatima is quick with the rude yet comedic one liners, letting Karen know exactly who she’s dealing with. The plot thickens when Zac’s supposed baby mom #2, the former stripper Destiny, pulls up to the house, making things even more awkward.

Karen then heads over Andi’s house, regretting that she made a fool of herself at Zac’s house. She recalls how much she stood by him, his family and his stupid ideas, helping them out financially, only to have him build a house for someone else. Karen asks her to stand by her instead of standing by her “assistant” Fatima. In the midst of her rant, she tells Andi about Destiny and her child, assuming that he cheated on her while they were together.

Andi, in turn, confides to Karen that she’s moving back to her apartment after learning Gary was spying on her from across the street. With her apartment empty, Andi asks to stay at Karen’s place for a bit.

Destiny reappears later at the hair salon to let Karen know that when Zac cheated on her, he loved her but was mad at her. Unfortunately, Karen wasn’t having it.

Zac catches up with Fatima back at her house. The conversation continues about Destiny and his baby. Zac gets tired of Fatima bringing up who he used to be. He tries to tell her about the mess he’s in with the Senator’s wife, but she dips and heads to work. He finally meets up with the Senator’s wife, but she has a little proposition for him that he might not be able to refuse. The more he tries to take a step in the right direction, he’s tempted to take two steps backward.

Meanwhile, despite the red flags, Sabrina lets Bayo come back to her place. He apologizes for obsessing over Danni’s beauty, but she’s still skeptical. As he’s leaving, Danni arrives at the door to subliminally tell her about Logan’s warning about Bayo and her potentially being implicated in his crimes.

Later in the episode, the show’s resident snake, Hayden, approaches Fatima for the first time since she returned to the office, asking her for an apology. He also lets her know that he reviewed the airport tapes and knows about his talk with the Senator’s wife and the insider tip, predicting he’ll be back in jail again soon.

Meanwhile, Maurice and Que continue to live the domestic life as “roommates”, but Maurice is still having trouble letting him in. It’s with good reason as we learn Que has been hiding a big secret.