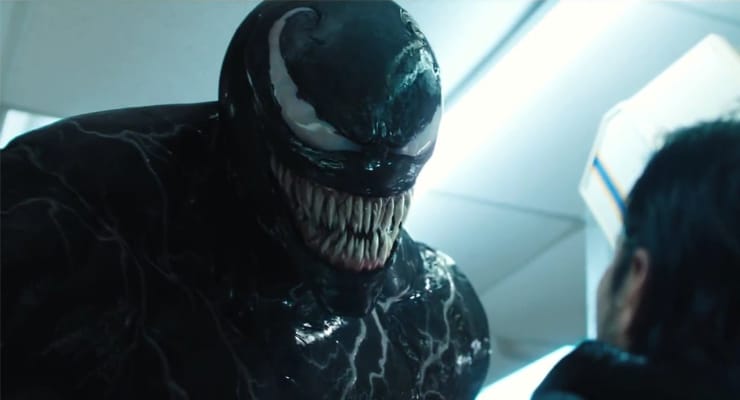 FILM REVIEW: VENOM: LET THERE BE CARNAGE IS A MOVIE SEQUEL DONE WELL

The sequel to the film Venom (2018), Venom: Let There Be Carnage continues the up and down (and up again) story of investigative journalist, Eddie Brock (played by Tom Hardy), and his sometimes reluctant symbiote crime fighting partner Venom.

Whereas the first film depicts the duo wrestling for control and learning how to co-exist in this new partnership, Venom: Let There Be Carnage shows that their arrangement has grown beyond partnership to friendship. The irony of an alien being and a human being learning to live together in harmony when many humans have difficulty co-existing is clear. This is where Hardy shines, masterfully portraying the friendship between the two and executing the dialogue by himself.

Aside from the relationship dynamic between the lead characters, what also stands out is the comedic timing of Venom as he offers a glimpse into the mind of an alien being, from his ignorance when it comes human behaviour to his love of his pet chickens (sorry for the spoiler).

Although the relationship between Cletus Kasady (played by Woody Harrelson) and Carnage was void of any compelling relationship dynamics, Harrelson outshines the rest of the cast in his portrayal of the deranged serial killer. From his facial expressions and deliberate movements, to his change of pace in delivering his lines, he conveys a wide range of emotions, at times creating a sense of urgency and desperation, adding to the complexity of the character.

While many sequels pale in comparison to their predecessors, you will be happy to know Venom: Let There Be Carnage bucks that trend. From the writing to the fight sequences and special effects, including the animation of Carnage, this film is leaps and bounds above the 2018 film. In fact, the animation is so realistic and menacing, children who were able to brave the first film may struggle to get through this film so beware.

Venom: Let There Be Carnage is in theatres everywhere.