If you’ve been to a Toronto Raptors home game you know the voice of Herbie Kuhn. He has been the arena announcer for the Raptors since their inception and has a unique style of announcing games that fans tend to remember.

What you may not know is that he is also the team chaplain for the Toronto Raptors and Toronto Argonauts.

Herbie took some time to chat with Ryan McNeill about his other role as team chaplain, his faith, and what game day looks like for him. 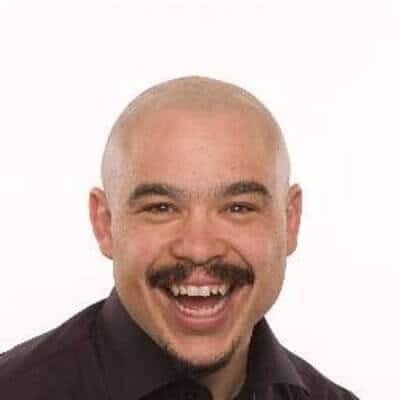 Ryan: What does your role as team Chaplain for the Toronto Argos and Toronto Raptors entail?

The minimum standard for working within the CFL is to provide a pre-game chapel for every home game for the home team.

Also, we are responsible for meeting the home team earlier in the day at their team hotel or a place of their choosing to provide a pre-game chapel for them.

In the CFL they do things separately. During the CFL season, chaplains are also responsible for planning and hosting a weekly Bible study as well.

Ryan: Now, from what I know if you, you’re not someone who does the minimum. What kind of things do you do that go above and beyond that description?

That is the main ingredient for me. I enjoy doing the bible studies and I enjoy doing the chapels – those obviously provide a great sense of satisfaction and contentment but there’s just something about sitting with someone face-to-face, one-on-one, in a quiet environment, and being able to listen to them and hear their heart while being able to encourage them and pray for them. Whatever the case may be in their situation. When you walk away from something like that knowing that you made an impact and a difference in someone’s life that’s just a fantastic, fantastic thing to be able to do.

Ryan: What have been some rewarding things from your time as team chaplain?

Herbie: Number one, seeing the players develop and grow as men and spiritually as well.

Number two, the relationships that you forge within the contexts of professional sports.

Ryan: What are some challenging aspects of being a team chaplain?

Herbie: You have to be very flexible when you’re dealing with the schedules of professional athletes. Obviously, practice times can be adjusted on a whim by any coach or manager. Media responsibilities can change things, too. All of a sudden a guy gets injured and the player you were supposed to meet with all of a sudden isn’t available. Meeting space availability changes. You have to be flexible. 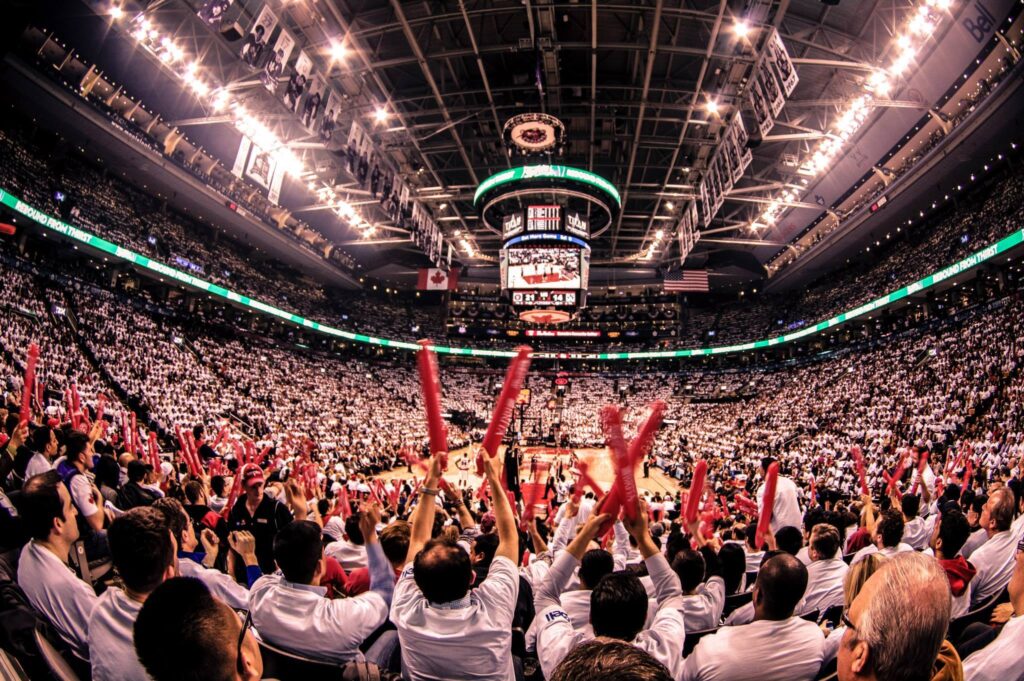 Ryan: What does a typical game day with the Raptors look like for you?

Herbie: I usually arrive at the arena around 3:45pm in the afternoon for a 7:00 game. From 3:45 until 4 I am usually greeting people and getting the notes from the media room and starting my three hour process of drinking hot water and honey.

I get that loaded up and I make myself comfortable at the scorers table. Then I will spend the next thirty to forty minutes handwriting the introductions as well as all the special notations that I make as well. Also, injected into that time are conversations with my manager finding out if there is anything above and beyond the usual things that happen during a game. I will talk with the game operations staff. I will talk with the gentleman who is the Raptor, the team mascot and find out what he is doing that game. And of course there are conversations with the media, security and other NBA staff.

I’m usually wrapped up that by 4:30 or 4:45 and I will go and grab an early supper because I do not like to have food sit high in my stomach while I’m announcing a basketball game.

I’m usually finished eating by 5:15 or 5:20 and from then until 5:55 that is what I call my ministry time. I am meeting with people. Meeting with ushers. Meeting with security guards. Talking to players. Talking to scouts. Trainers. Whoever wants to chat. One of the benefits of being there for 19 years is you get to know a lot of people and you build a lot of great relationships with a lot of great people not only in Toronto, but on the other teams as well. For those 45 -50 minutes I’m just enjoying the conversations and hoping to be able to pour into their lives.

At 5:55 we meet for chapel. It usually starts at 6:00 and will go until about 6:15 or so. We close with a word of prayer and then I sprint over to the scorer’s table for my first read over the PA system which is usually at about 6:21. From there we are off to the races counting down the clock until the game starts.

I’m usually finished around 9:30 and then I’m on the GO Train heading eastbound to get back home to my family. I usually get home around 11:00 at night.

Ryan: How does an Argos game day differ?

Herbie: An Argos game differs significantly in that pre-game chapel, instead of being an hour before the game, football chapel is two hours before kickoff. So for a 7:00 game we would have pre-game chapel at 4:30. The players are mandated by the CFL to be in the locker room preparing two hours before each game. This means I can’t be doing chapel anytime after 5:00 when the game is at 7.

I will meet the players at 4:30 and I will usually go until 4:50 or 4:55 and then I will close in prayer. After I dismiss them off they go to prepare for the game.

Then between 5 and 7, for those two hours I am literally having at least a dozen if not more individual, one-on-one conversations with anyone and everyone who is interested in chatting.

It could be one of the officials. It might be a media person. Maybe a security guard. I am just meeting people and engaging them in conversation and building relationships. I am trying to find out how I can be a blessing and an encouragement to them.

Ryan: Is it challenging to balance family, work and growing in your faith?

Herbie: Life for me is one never ending balancing act.

As anyone who works in professional sports knows, most of the time frames involve the early evening and weekends. So there are, unfortunately, occasions where three times in five nights I’m not home to be able to put my son to bed.

In October and early November that is usually the most challenging time for me because I’ve got the CFL and NBA teams playing at the same time. Sometimes there can be a stretch of three times in three nights where I’ve got three different games that I’m either announcing or preparing chapel for or running a bible study for players. If it’s a 7:30 Argos game, I’m not getting home until midnight.

Another blessing of working evenings and weekends is during the day, I am able to work Bible studies into my day. That’s prep time for a chapel or a Bible study. That’s also my own personal devotional time. I have the flexibility, as long as I’m disciplined, to do it.

Ryan McNeill is the founder of Athletes Unfiltered – a basketball news website with media accreditation from the Toronto Raptors.