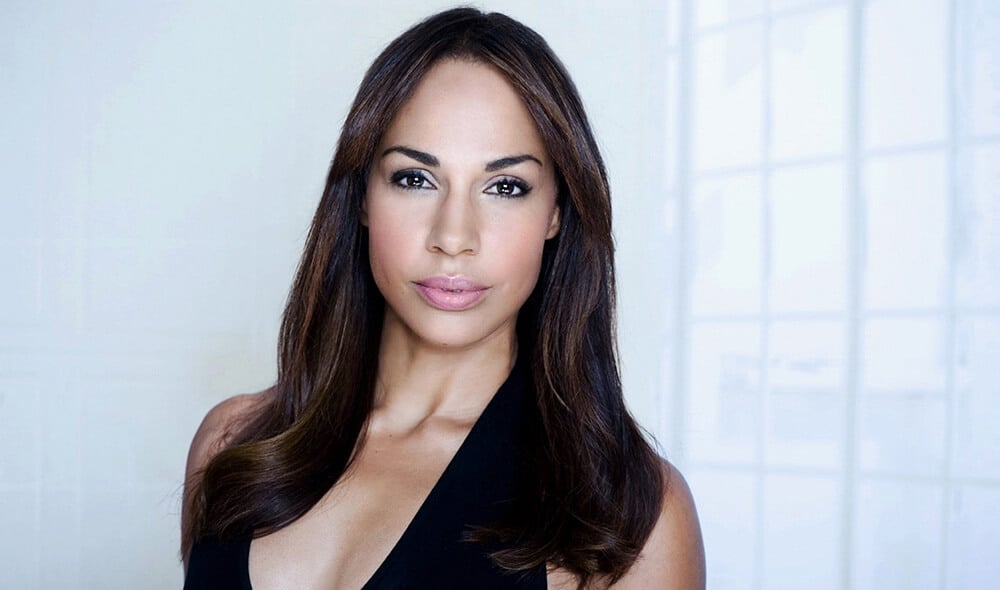 Koliah Bourne recently had the opportunity to chat with actress Amanda Brugel of the new Hulu/Bravo TV series The Handmaid’s Tale. Her other credits include “Marci Cotes” in Orphan Black and “Officer Parker” in last year’s Oscar nominated film Room. Koliah asked her about her latest role, as well as what keeps her going in the industry.

Koliah: So, thank you so much Amanda for doing this interview.

Koliah: Okay. So you’re currently in the TV series The Handmaid’s Tale.

Koliah: So The Handmaid’s Tale is based on the book by Canadian author Margaret Atwood. Can you tell me about the series and your character?

Amanda: Well, The Handmaid’s Tale, it’s based on the infamous novel. Basically, it’s a totalitarian state. Where the majority of humanity has become infertile; fertility rates have plummeted. The idea of reproducing is almost not even an option. And so the state’s marshal law takes over and the state assigns fertile women, who are called handmaids, to wealthy couples in the hopes of reproducing; giving the baby to the wealthy couple and then moving on to another house. Women fall into one of four categories. There are wives and then aunts and then handmaids and then something called Marthas. Now Marthas are all of the women that still exist that are infertile. They’ve been found to be either having a caesarean and it went wrong, or they’ve got their tubes tied, or because just naturally they can’t have children. Then they are placed in all of these houses with the wealthy couples and they’re sort of servants. So I’m the servant that operates in the main house with the key characters Commander Waterford and Serena Joy and the handmaid Offred. My character’s name is Rita.

Koliah: Wonderful. So I did happen to catch a few clips of the show and of your parts; an awesome job so far. This story line looks really good so far.

Koliah: It’s so well done for sure. So I do know you’re the only Canadian in the main cast.

Koliah: How do you feel about that especially with the story’s Canadian connection?

Amanda: Before I met everyone and got familiar with the cast, I wasn’t really that thrilled about it. I mean these productions come to Canada and they use our crews and they use our stories. And while it’s awesome that we get all of this work, it’s largely a part of the American dollar that comes here and uses our entertainment industry with a lot of work and job opportunities. I felt, strictly because it’s such an iconic Canadian novel, that a few more Canadian faces would have been great. But after meeting everyone and seeing all of the performances, I think that they did such a perfect job in casting everyone that I actually can’t picture anyone else in those roles. Specifically Ann Dowd who plays Aunt Lydia, Madeleine Brewer who plays Janine and then Elisabeth Moss who plays Offred. I mean they’re just…I feel like those are brilliant performances. I don’t care what nationality they are just that they’re doing the characters justice.

Koliah: Yeah. Awesome. So that’s interesting. You weren’t too thrilled in the beginning. But…

Amanda: I don’t think anybody really is. Like we understand what we know how the game works here and we’re Canadian. There’s not a lot of Canadian productions that come and American productions, sometimes their budgets can sometimes dwarf our productions. So on one hand it’s great that we can get work in these productions, but on the other hand we’re never ever given key roles. So it’s a double edged sword. And it’s the game that we’ve played for a long time now it just doesn’t mean that we like it.

“So you need to have that as an actor; you need to have a tremendous ego to keep you going but you also need that ego to be tempered. So there needs to be almost a daily humbling that occurs…”

Koliah: Oh okay. Because I was going to ask if it’s even worse for the French Canadian side. But we’ll leave that for another discussion. In terms of your career, I’ll just transition into your career. So correct me if I’m wrong but you’ve been acting for almost 20 years?

Koliah: Wow. Okay. So I’m sure the journey has obviously come with both success and challenges. So what has kept you going through the challenging times?

Amanda: Well, I quit for about four years so it’s not like 20 consecutive years. I quit after the first seven years. And that was just sheer youth and innocent hope that kept me going for the first seven. You’re out of university and you’re still inspired and you still have a lot of hope and I also I was doing it for reasons that I wasn’t quite clear on. I knew I wanted to be an actor. I knew why I wanted to do it but I wasn’t very precise on really why I wanted to do it, so I don’t think I was going out for the proper roles. Eventually, after going to Los Angeles and experiencing a significant amount of success, I quit. The reason I quit is because I kept getting pilots, American pilots which was amazing but they would never go to series. And it was a bit devastating to get all the way to that stage and then I have the pilot not get picked up.

Amanda: I was going out to dinner with a lot of older actresses at the time, at the beginning of my 30’s, and I could see that a lot of these women that were my peers had given their entire lives to their careers. And then they were at an age where they sort of didn’t know how their careers were going to go. It was almost too late to have a family. So I decided to come home back to Canada from L.A. Quit. I got married had a child and I just wanted to do something, I just wanted to fill my tank up a bit more with reality instead of the pursuit of fame or roles, particularly as a woman in her 30’s. At the time it was sort of unlikely to have a child that late. I came from a small town everyone else had had children so I sort of felt like I needed to get on it. And I did. Then I decided to come back afterwards and I had a whole new fresh perspective my own child I had I just felt that I was a little more balanced. And then suddenly I realized that was what I wanted to do was to play characters, be actually a character actor instead of a student of sort of the leading lady roles that were lovely. They weren’t interesting or challenging or frankly weird enough, pained enough or eccentric enough for me. So once I did that the latter half my career has been radically different.

Koliah: So really almost a finding of self.

Amanda: A finding of self. The balancing act that you have to do with children who then completely take any ego away from. I’m actually sitting in the car with one of my best friends and we were just talking about how children can almost kill you. So you need to have that as an actor; you need to have a tremendous ego to keep you going but you also need that ego to be tempered. So there needs to be almost a daily humbling that occurs and if you’re not able to do it yourself your children will do it for you. So that’s the thing that really centered me and grounded me and focused me on the actual reason I wanted to become an actor. The actual reason I wanted to do it is to create these marvelous three dimensional characters not fame, not to be the lead of a television series but just to create people. Well that’s what it took almost 20 years to find that out.

Koliah: That’s awesome. But at least you found it.

Koliah: No, that’s a perfect answer because that was going to be my next question for our readers; they’re creatives, up and coming influencers and people who want to get into various industries. I was going to ask what would be your advice but I think you just gave it.

Amanda: That’s my advice. Why are you doing this? Really. Why? Why? And write it down and it will change. But remind yourself truly why you are doing it. If you couldn’t get paid, not for the money, not for the fame, though that comes along with it. But why are you doing it and what exactly do you want to do and be specific. I’m a big proponent in writing down goals and dreams and having lists. I’ll tell you another sidebar. You didn’t ask but I’ll tell it to you anyway.

Amanda: When I came back, I was with a quite prolific talent agency in Toronto and I decided to go with a much smaller one because I created a bond with the manager and, like I said, I did a whole new overhaul of what I wanted my career to be. This manager that I met, the first thing she said to me is, “Give me 10 things that you want to achieve by the end of the year”, and I find creatives we don’t do that because we live so much through our hearts. That’s a little more logical and a little more…it’s just something that we don’t do. So I wrote a list; this was in 2012. I wrote a list of the things that I wanted to do within my career and I completed the list in one year. So she came back and had me write another list and it was two years later that I completed the list. The last thing on the list was be in something that was nominated for an Academy Award and attend the Academy Awards and that was Room, last year.

Amanda: So I really feel for people who are creative and up and comers, write it down and go back to it every day.

Koliah: Well, I think I will end on that. I think that’s an awesome note and thank you so much for your time.

The Handmaid’s Tale airs on Hulu in the United States and on Bravo in Canada (Sundays at 9 p.m. ET/10 p.m. PT)