In a World Creativity & Innovation Week exclusive, our editor, Kevin Bourne, sat down with musician turned tech CEO, Matt Blakely, to talk about his transition from music to business, his successes and what he’s learned along the way.

Kevin Bourne: We’re here with Matt Blakley. He’s the founder and CEO of MB3 Technologies, a tech company based in Ottawa, Canada. We’re sitting down having a chat about business and his journey as an entrepreneur. Thank you for sitting down with us.

Matt Blakley: Thank you for doing this.

KB: No problem. So tell us a bit about your journey. You have a history in music. You were in a band as a drummer, made an album as a part of that band, now today you’re the CEO of a tech company. What was your journey like in transitioning from music to being in the tech industry?

MB: Yeah, back in high school I did both at the same time; I was doing tech stuff, while also being in a band. I enjoyed it for a while. I was in the band for a few years but it ended up being a decision of, it taking up a lot of time being in a band, to keep practicing and pursuing gigs and opportunities. We realized we couldn’t invest enough into it while also pursuing a career, so we made the choice of going the direction of the corporate side.

KB: Okay, so when it comes to MB3 Technologies, what was the process of getting started as a company or as an entrepreneur?

MB: So I was involved in a different company before that. I basically did web applications; a little more generic in a sense. I ended up getting the opportunity to start this company. I met someone in Florida that had just had a few disasters, natural disasters from hurricanes, and they were having trouble managing all their information, so at that point I proposed to them that I could try doing something and if they would entertain it essentially for free to see if they would let me mess around and let me build something for them. From there is how the company got started. They gave me the opportunity and things just went from that point. 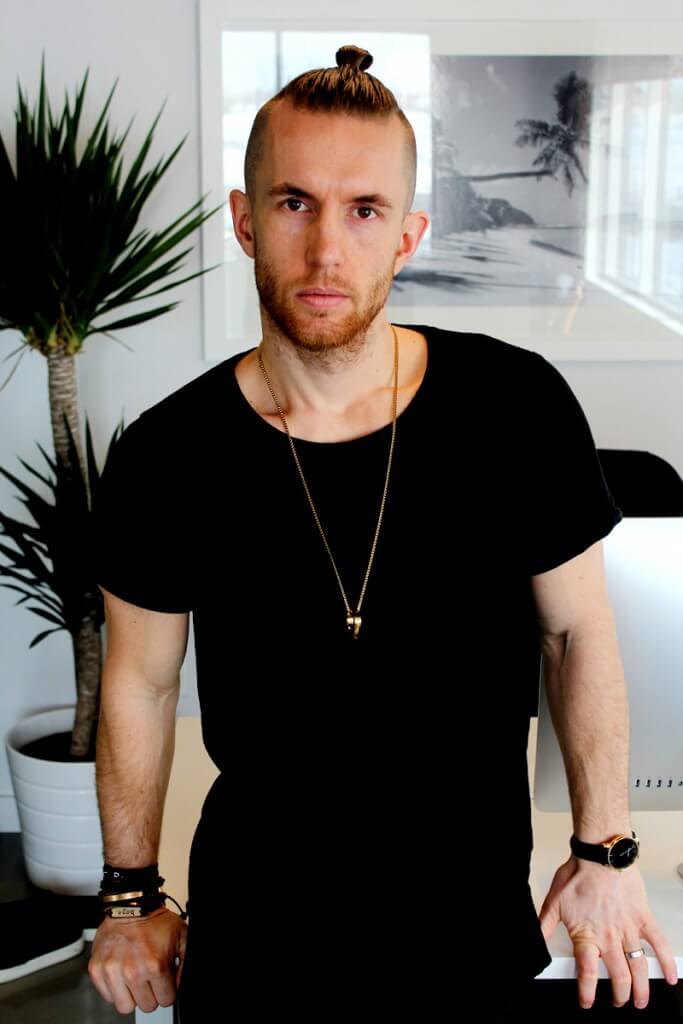 KB: So you help states to manage disaster relief?

MB: Yeah, it’s basically a long term disaster recovery, so after a hurricane or some sort of natural disaster impacts somewhere in the U.S., the federal government will reimburse the cities and counties for really large damages like roads, bridges, that sort of thing and all that money is managed in the system that MB3 makes.

KB: Where did you acquire some of your programing skills? Did you go to school to acquire those skills or is it something more self-taught?

MB: It was really self-taught, for the most part. It was a lot of just practicing back when I was in high school, building things here and there. I went to university for one year, but it really wasn’t a contributor for the types of skills I needed for what I’m doing now in web application and development.

MB: I think you really have to look for needs and opportunities. In my case I saw an opportunity out there. I wasn’t trying to make money off of it initially; it was just trying to meet a need that I saw, so it was about just trying to build something that would work, and then from there realizing there was something that could be had here that could be marketed and sold to other places. So I really think it’s important to look for customer needs first as opposed to just brainstorming your own idea that maybe could become something. I know that can work for some people but it just hasn’t been my journey. I more so looked for opportunities that actually exist out there and then fill that need. That’s just my opinion. 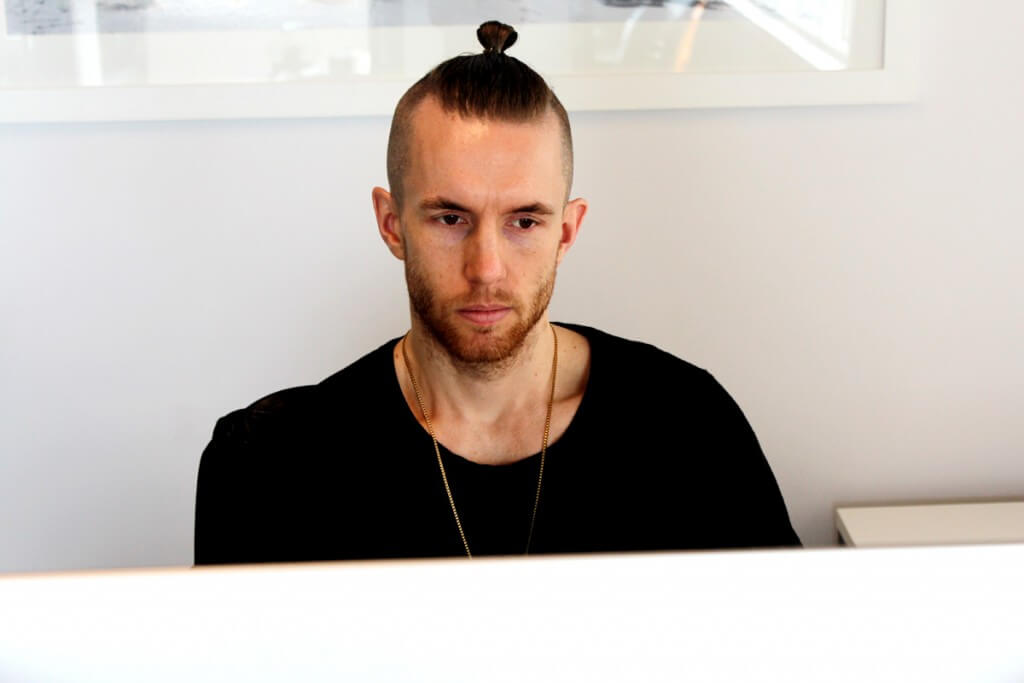 KB: So now you started out, you’re serving the state of Florida. How many other states are you serving with your product?

KB: Wow, 13 states. I think I saw it on your website, is it in the billions of dollars to what you guys are handling?

MB: Yeah, the system handles something like $35 billion, some ridiculous number, but that’s just all the really huge infrastructure projects after Hurricane Katrina. It was one of the big contributors to that. There was huge amounts of damage from that, so that is all managed in the product.

KB: So right now you are primarily serving the U.S, are there any thoughts on international expansion, that kind of thing?

MB: Yeah, we have looked at that. We are exclusively in the U.S right now. Our product is very tailored to how they do business. As well, because it’s sold to state government that opens the door to multiple states, where as in many other countries there are some obstacles, like maybe they don’t have the same amount of disaster activity, maybe they’re not broken down into as many state subdivisions, that sort of concept, where we can sell to a broader audience than just one federal entity. To invest the sales effort into a country for one single sale, to have to customize it, it probably wouldn’t be profitable enough,. We are looking at it, but it’s probably not our best move at the moment.

“So that’s where empowerment comes in for me where they just have to understand the context of how their role fits into the whole picture, and how they can empower others as well so that growth can occur. That’s just very central to our philosophy here and in everything that we do. I think making sure people truly understand and feel empowered, that they have a very clear role, they understand exactly what they’re doing and their contribution to it.”

MB: Yeah, for me empowerment is everything. We’re in a business that has very complicated concepts, not unlike many, but just very complicated concepts, especially because you have a bunch of Canadians working on a U.S. government product; that’s all U.S. government concepts, a lot of weird acronyms and different business rules that are just very complicated. So we had to decide, and it took a number of years for me to really realize this, that it was not going to work, there wasn’t going to be any growth potential in the company if people just had tasks and followed tasks, because my ability to hand out those tasks and manage them would be capped at a certain number of people naturally. People had to truly understand the business, the goals, what we were trying to do, the customers, they had to truly understand in order to contribute in a meaningful and valuable way; that would allow growth in the company.

So that’s where empowerment comes in for me where they just have to understand the context of how their role fits into the whole picture, and how they can empower others as well so that growth can occur. That’s just very central to our philosophy here and in everything that we do. I think making sure people truly understand and feel empowered, that they have a very clear role, they understand exactly what they’re doing and their contribution to it. I think it also ties into employee satisfaction and a characteristic of a really great workplace; if you feel empowered you’re going contribute more, you will give your best work and it’s just going to make for a more meaningful environment for everyone.

KB: Yeah, just coming into the office there’s a clear sense of culture that you guys have here. Can you talk a bit about corporate culture and your advice on setting culture in a work space, office or an organization?

MB: Yeah, I have this opinion that culture is about excellence and adhering to values that are shared by all, so it’s not just about these fun things or fun events. I know a lot of companies have those, but I more consider that spirit in a sense. There’s a place for that as well, but I don’t necessarily believe that’s the heart of culture at least the way I believe it to be, I think culture is more about this set of values that is shared by all, so here we all have eight values that are integrated into everything that we do and that we all try to keep each other accountable for while also trying to pursue these things together. That’s what really makes great culture for us; we’re just trying to do excellent work together side by side, as a team, all following this way of working together. It’s really been successful for us. When people start on day one they know exactly what that looks like and even before that. We show people this is how we operate, this is what we believe in, and we want people that believe the same thing and want to be apart of something that looks like this. We are very transparent right from the beginning, so we really have this shared mindset and goals.

KB: Okay, last question. You have a sign right behind us, that says, “Much is required”. What does that mean to you? Why is that statement important to you personally?

MB: Yeah, it’s from a very famous Bible verse that says, “To whom much is given, much is required.” I like to look at it all the time. When I’m in meetings it’s right in front of where I’m sitting because it reminds me that there’s a responsibility with leadership to treat people fairly. You’re in a position of authority where so many people abuse that and cause a lot of damage, so for me it’s just a great reminder that it’s a great responsibility and to handle it appropriately, so it just serves as really good reminder for me.

MB: Thanks a lot!